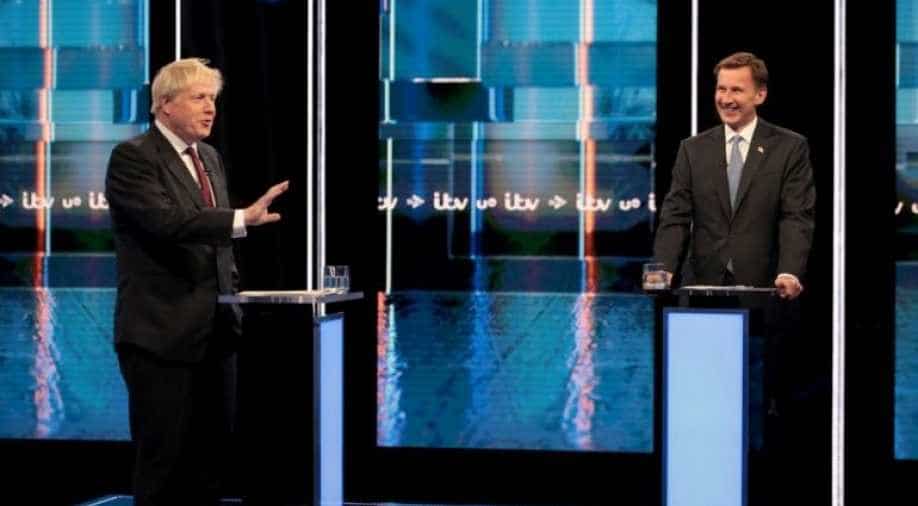 European leaders have consistently insisted however that the backstop must remain in any withdrawal agreement.

The two candidates vying to become Britain's next prime minister both said Friday they believe the EU will agree to a Brexit deal this year without the controversial "backstop" provision for the Irish border.

"We will get a deal by October 31st," Johnson told the BBC during highly-anticipated separate interviews with the leadership rivals, referring to the latest delayed deadline for Britain's departure from the bloc.

"They (the EU) need to take... the Irish backstop and they need basically to remit it, to remove it, to delete it," he added.

Johnson said it was "manifestly in the interests of both sides" to reach a new deal, noting "the EU has a very substantial net balance of trade with us".

"They will want to continue to see those goods flowing," he added.

European leaders have consistently insisted however that the backstop must remain in any withdrawal agreement.

It would keep open the post-Brexit border between British-ruled Northern Ireland and EU member the Republic of Ireland whatever the outcome of negotiations over the future relationship between London and Brussels.

But vehement opposition to the proposal from ardent pro-Brexit Tory MPs led them to repeatedly reject the divorce deal struck by May and European leaders, forcing her to step aside.

Conservative members are this month in the process of selecting a new party leader -- who will almost certainly become prime minister -- with the winner to be announced on July 23.

Johnson's rival Hunt reiterated in his half-hour BBC interview that he had received encouragement from European leaders that they would be willing to abandon the backstop to strike a new deal -- claims Berlin has previously pushed back on.

"Chancellor Merkel had said to me that if a new British prime minister came forward with a different plan for the Northern Irish border, of course, they would look at the package," he said.

However, Hunt refused to commit to Britain's departure from the EU by the end of the year, saying only that he "expects" the country will have left by then.

"Prime ministers should only make promises they know they can deliver," he added.

Meanwhile, outgoing leader May admitted in her own interview Friday that she had underestimated the "entrenched positions" in Parliament over Brexit.

She told the BBC she would leave Downing Street after three years in power with a mixture of pride and disappointment.

"I've always done what I believe to be in the national interest," May said.