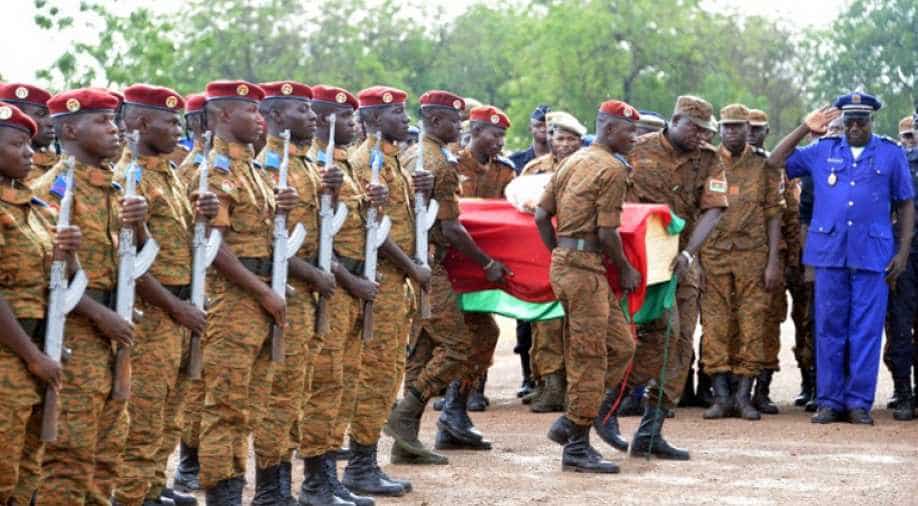 An official said It was 'the biggest jihadist attack ever perpetrated' against the army. (Representative Image) Photograph:( AFP )

The attack took place at around 5 am about 30 km (19 miles) from the Malian border.

The assailants have not been identified yet, the army said.

"This attack demonstrates that the fight against terrorism will be without respite and also underscores the necessary decisions that must be taken to give confidence and vitality to our army," Kabore said.

The soldiers who were killed belonged to the army's special anti-terrorist group. In an earlier statement, the army had said that ten soldiers and one gendarme had died, Reuters reported.

"A detachment of our army's anti-terrorist force suffered a murderous attack which claimed the lives of 12 of our valiant soldiers and left some wounded," President Kabore said in a public address.

"I strongly condemn this horrible attack which shows the cruelty of these perpetrators," added Kabore.

He did not mention the number of soldiers injured.

"They were heavily armed with Kalashnikovs and rocket-launchers. They opened fire at the depots, the tents and set fire to some of the vehicles," he said.

It was "the biggest jihadist attack ever perpetrated" against the army he added.

At least five attackers were killed and their bodies were removed by their commrades, Dah claimed.

Since a major attack in January by Al Qaeda-linked fighters on a hotel in the capital, Ouagadougou, in which 29 people were killed, attacks have increased.