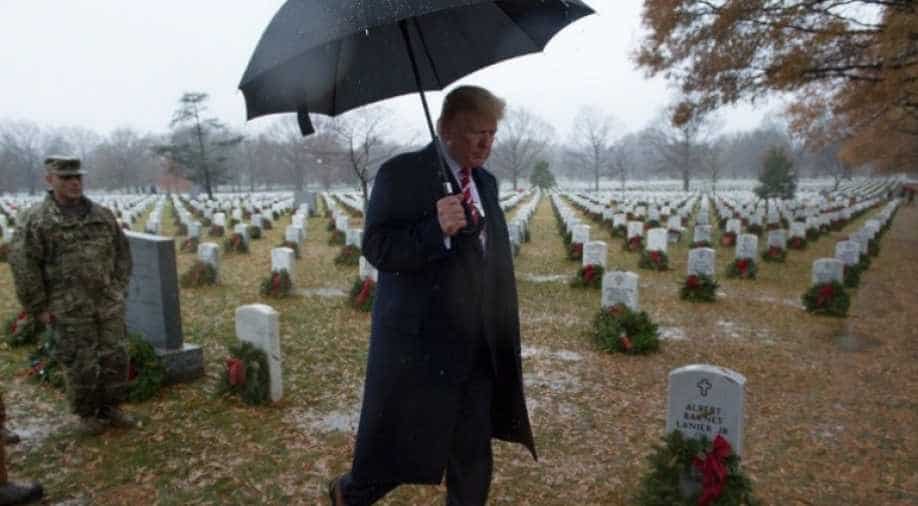 A Democratic congresswoman kicked off her term with an expletive-laced vow to impeach Donald Trump, testing her party's discipline and earning a chiding Friday from the president.

"How do you impeach a president who has won perhaps the greatest election of all time?" Trump said on Twitter, saying Democrats only consider impeachment "because they know they can't win in 2020."

At an event hours after her swearing-in on Thursday, Tlaib told supporters that "we are gonna go in there and we're gonna impeach the motherfucker."

Salty language by US lawmakers -- or presidents, for that matter -- is nothing new. Trump, hardly the paradigm of verbal decency, last year derided African nations as "shithole" countries, after all.

But when Trump was asked about his critic's comments, he said they were "disgraceful," and "highly disrespectful to the United States of America."

The timing and optics of Tlaib's outburst are notable.

Democrats have just won control of the House of Representatives, after eight years in the minority. Tlaib, 42, is one in a cadre of ebullient, media-savvy rising stars -- the self-described "radical" Alexandria Ocasio-Cortez is another -- who aim to shake up Washington's status quo.

Such progressives will be eager to push back against an administration they believe has abused its authority in the nearly two years since Trump's inauguration.

Doubling down on her outburst, Tlaib -- the first Palestinian-American elected to Congress -- tweeted Friday: "I will always speak truth to power. #unapologeticallyMe."

But she dodged reporters repeatedly asking about her remarks.

- No 'censorship' -
As the chamber's new speaker, the 78-year-old Pelosi is challenged with keeping Trump -- as well as the more radical elements of her own party -- in check.

"I probably have a generational reaction to it. But in any event, I'm not in the censorship business," she said in comments aired Friday on MSNBC.

"But I don't think it's any worse than what the president has said."

Republicans have bridled at Tlaib's comments, using them to portray Democrats as seeking politically-motivated retribution against Trump rather than common ground.

"We watched a new freshman stand up, use this language, get cheered by their base, and we watched a brand new speaker say nothing to her," top House Republican Kevin McCarthy said.

"That action should not stand."

Democrats who support impeachment have argued that Trump obstructed justice by firing former FBI director James Comey, and that hush payment to at least two women made by his personal attorney during the presidential race violated campaign finance laws.

As a long-time Trump critic, Tlaib made calls for his impeachment central to her campaign -- and was once arrested for heckling the then-candidate during his White House run.

"The time for impeachment proceedings is now," she wrote in a co-authored op-ed published in the Detroit Free Press newspaper the morning of her entry into Congress.

House Democrat Brad Sherman agrees, and on Thursday formally introduced impeachment measures against Trump. They are unlikely to get a vote on the House floor, at least for now.

Even if Democrats believe some of Trump's actions clear the threshold of "high crimes and misdemeanours," Pelosi has downplayed the prospects of impeachment, saying it's "not something that I'm stirring the pot on."

She wants special counsel Robert Mueller's investigation into Russian electoral interference -- and possible collusion with Trump's campaign -- to run its course before Congress decides about taking such a serious step.

Equally pressing, Pelosi must contend with liberal Democrats seeking to pull the party leftward in the run-up to the 2020 election.

New York's Ocasio-Cortez, who last year unseated the fourth highest-ranking House Democrat in a shock primary, told the CBS show "60 Minutes" that she wants US tax rates to return to "as high as 60 or 70 per cent" for the wealthiest Americans, in order to pay for an ambitious plan to fight climate change.