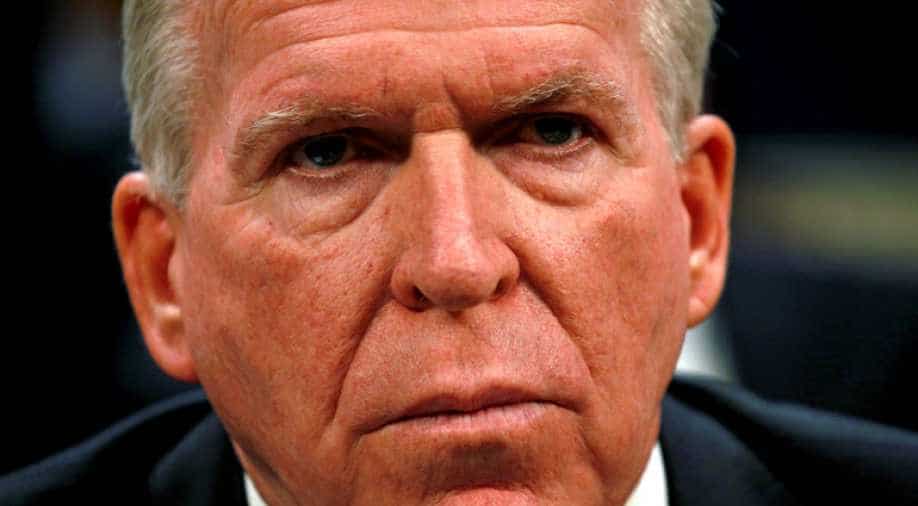 US President Donald Trump on Wednesday revoked the security clearance of former Central Intelligence Agency director John Brennan, and warned several other prominent critics they too risk being blacklisted.

In a highly unusually directive, Trump claimed that Brennan -- a former station chief in Riyadh who rose to lead the formidable spy agency -- had become "erratic."

Brennan is a frequent Trump critic. Just hours before Trump issued the edict, the former CIA chief had accused the Republican leader of failing "to live up to minimum standards of decency, civility, & probity."

And after Trump's surprise decision was made public at a White House briefing, Brennan quickly hit back, accusing the president of trying to curb free speech in a "politically motivated" action that he said should "gravely worry all Americans."

In his statement, Trump suggested the ex-spy chief had tossed around "unfounded and outrageous allegations -- wild outbursts on the internet and television-- about this administration" and engaged in "increasingly frenzied commentary."

Brennan, who has briefed Republican and Democratic presidents, could now lose access to classified information -- a courtesy usually afforded to former senior officials of all political stripes.

The White House has been besieged by a scandal over a former aide's tell-all memoir in recent days and often tries to defuse crises by stoking new controversy.

The individuals were accused -- without details -- of politicizing and monetizing their public service and security clearances.

"Historically, former heads of intelligence and law enforcement agencies have been allowed to retain access to classified information after their government service so that they can consult with their successors," Trump's statement read.

"At this point in my administration, any benefits that senior officials might glean from consultations with Mr Brennan are now outweighed by the risk posed by his erratic conduct and behavior."

Following the president's summit last month with Russia's Vladimir Putin, Brennan -- who headed the CIA under Barack Obama -- described Trump's behavior as "nothing short of treasonous."

The move to pull his security clearance prompted immediate outrage, including from Brennan himself.

"This action is part of a broader effort by Mr. Trump to suppress freedom of speech & punish critics," Brennan fired back.

"It should gravely worry all Americans, including intelligence professionals, about the cost of speaking out. My principles are worth far more than clearances. I will not relent."

In an interview with MSNBC, for which he works as an analyst, Brennan said: "If Mr Trump believes this is going to lead me to just go away and be quiet, he is very badly mistaken."

"You expect this banana republic behavior in the kind of countries that the State Department warns Americans not to travel to, but not at home in the USA," Kerry tweeted.

National security lawyer Brad Moss said it is not certain that Trump can legally rescind clearances on the grounds stated by the White House.

Hayden said Trump's threat would have "no impact on what I think, say or write."

He went on to tell CNN that "it's almost as if they wanted us to implicitly sign a no disparagement agreement" -- a reference to gag orders which Trump often insists on for civilian staff.