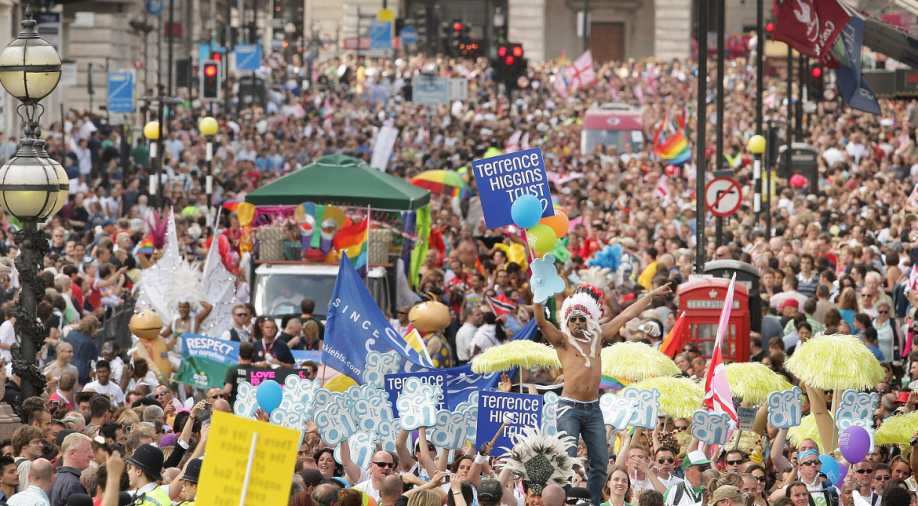 "We are really worried about the future here. We have rights and we have the apparent solidarity of this government. We need to have the EU support as well," said one of the attendees. Photograph:( Reuters )

Follow Us
Tens of thousands of people took to the streets of London today for an annual parade celebrating gay and transgender rights, with many expressing concerns as Britain gears up to part ways with the European Union after Thursday's referendum.

One of the attendees, Andrew Bailey, said that even though the EU's human rights charter is incorporated into British laws he was worried that a great deal could now change.

"We are really worried about the future here. We have rights, we have a great celebration here and we have the apparent solidarity of this government. We need to have the EU support as well," he said.

"I think I am looking at a positive outcome ... It is just going to be a hard few years I think but I am hoping it will be good at the end of it," she said.

Britain is under pressure to set out a quick timetable for a divorce from the European Union, with European Commission President Jean-Claude Juncker saying he wanted to begin negotiating immediately.

London's 43rd Pride Festival also saw some attending to show solidarity with the Lesbian, Gay, Bisexual, Transgender (LGBT) community in Orlando, Florida, where a gunman killed 49 in a gay nightclub on June 12, the deadliest mass shooting in modern US history.