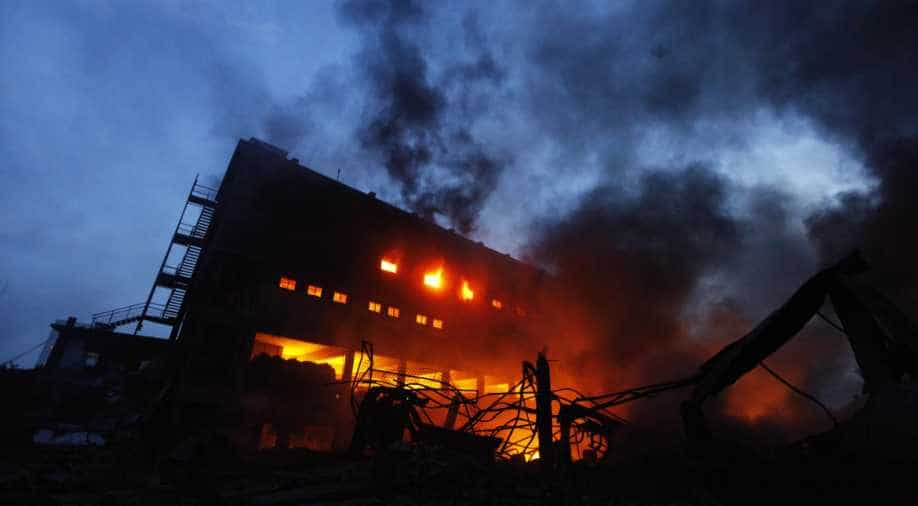 The gang that was extorting the owners of a Karachi garment factory burned down the factory when the owners refused to pay seven million baht ($200,000). (representative image) Photograph:(Getty)
Follow Us

A Pakistani man suspected of starting a devastating factory fire in Karachi four years ago that killed 255 people has been arrested in Bangkok, Thai police said Saturday.

Abdul Rehman, 46, was detained at a hotel in the red light district Nana area of the capital on Friday evening, said Thailand's Interpol chief.

"He will be repatriated as soon as Pakistan is ready," he added.

Apichart said Rehman was suspected of being part of a criminal gang that was extorting the owners of a Karachi garment factory.

The gang burned down the factory when the owners refused to pay seven million baht ($200,000), he said.

The fire at the Ali Enterprises factory in September 2012 was one of Pakistan's worst industrial disasters.

A judicial probe into the blaze was damning, pointing to a lack of emergency exits, poor safety training for workers, the packing in of machinery and the failure of government inspectors to spot any of these faults.

Initially the fire was believed to be an accident.

A murder case was registered against the factory owners, but it never came to trial.

Earlier this year police said they now believed an extortion gang was behind the blaze, naming Abdul Rehman as the suspect who allegedly lit the fire.

Much of the factory's garment output went to the German company KIK, who have paid out nearly two million dollars in compensation to the victims' families.