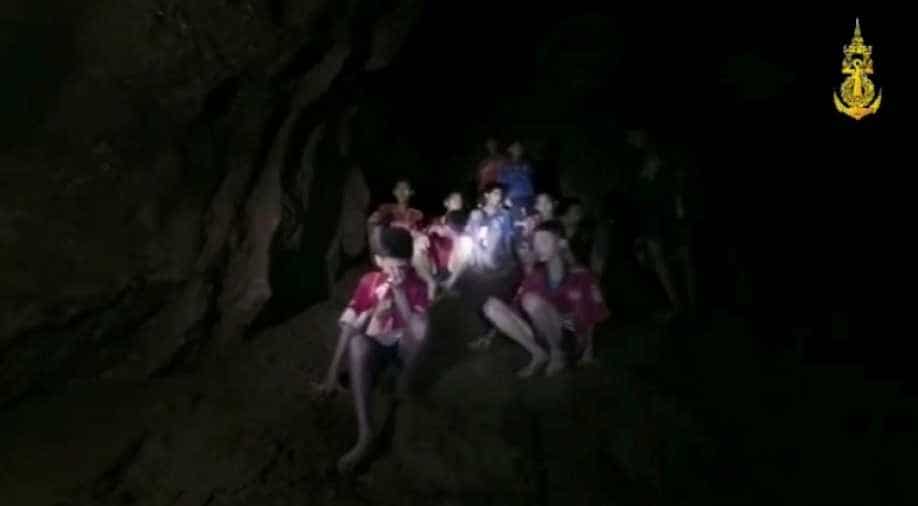 File photo of the Thai boys and their football coach. Photograph:( Reuters )

The coach of the Thai soccer team that has been trapped in a cave for 12 days taught the players how to meditate in order to stay calm and conserve energy while awaiting rescue.

The boys were first found by a team of British divers 9 days after they disappeared into the Tham Luang Nang Non cave complex.

When the English divers found them, the boys were meditating.

Rescuers discovered the team huddled on an embankment inside the cave after 9 days of extensive searches.

The students told the rescuers that coach taught them how to do meditation to preserve the ­energy in their bodies.

The team had gone into the cave after soccer practice on June 23 but were caught inside due to rising flood waters.

The 25-year-old coach, Ekkapol Chantawong but referred to as Coach Ake, was sent to a Buddhist monastery following the death of his parents and brother as a child.

Ekapol went to live in a monastery at age 12 after he was orphaned.

He is trained to be a monk for 10 years at a monastery in Mae Sai, Thailand.

According to sources, the coach told the boy to meditate in the cave, keep calm and preserve their energy during the two-week-long ordeal.