North Korea is no doubt watching closely as the region moves forward on energy cooperation. Photograph:( Others )

The Paris Agreement, signed in 2015 requires every country to make pledges to tackle climate change. North Korea is no exception.

Given that air pollution doesn’t recognise borders, there are already several emissions-reduction projects underway that will require cooperation between Asian nations.

To meet its obligations, South Korea has pledged to buy emissions credits on the international market, offsetting 11.3 per cent of its business-as-usual emissions in 2030. That is 96.1 million tonnes of carbon dioxide-equivalent emissions – already more than North Korea’s total greenhouse gas emissions in 2013 (78 million tonnes).

Because North Korea has its own obligations now, foreign countries including South Korea can no longer earn carbon credits from their carbon-offsetting projects in the country.

But if South Korea provides technical assistance such as satellite monitoring of North Korea’s reforestation progression and then can obtain the country’s “informed consent”, a mutual effort to generate carbon credits could be discussed.

A recent study by the Seoul Metropolitan Government (written in Korean) revealed that 38 per cent of pollution particles in the city’s ambient air come from China and another 7 per cent from North Korea.

A Japanese air-transport model estimated that more than 45 per cent of ambient PM2.5 (fine particulate matter) concentration in Nonodake (350km north of Tokyo) is from China. Although reducing this pollution in a coordinated way will be a difficult task, real-time data exchange (as proposed by NEASPEC) might be relatively easier.

If the Northeast Asian countries share real-time emissions data as well as the currently available meteorological data, they could generate more reliable pollution forecasts and help people prepare for high-pollution events. The harder task of particle pollution mitigation will be better addressed when the level of negotiating partners is upgraded from the current ministerial level to head of state level.

If Northeast Asia is to have a sustainable energy future, more regional cooperation will be required.

Reportedly, South Korean President Moon has shown interest in the project too. However, the project is not possible until the nuclear crisis in the Korean Peninsula is resolved.

Instead, there is an alternative for South Korea to seek a regional détente with a natural gas pipeline. Russia’s “Power of Siberia” pipeline is planned to connect into the capital region of China. If this happens, extending the supply chain to South Korea via an undersea pipeline between China’s Shandong peninsula and Korea’s Incheon will be simpler. The pipeline would enhance the three countries’ economic ties and political cooperation.

The other energy option, the Asia international grid connection, is a project promoted by South Korea, Japan, and Mongolia. The basic idea is that vast solar and wind energy potential of Mongolia’s Gobi Desert can be utilised by South Korea and Japan. A super grid would connect the countries in Northeast Asia.

This option’s most prominent supporter is Masayoshi Son, chief executive of SoftBank, Japan’s third-largest public company. Several research institutions and the Korea Electric Power Corporation, South Korea’s only operator of the national grid, have been studying its feasibility.

The Asian Development Bank is conducting a technical feasibility assessment, at Mongolia’s request. In April, the Renewable Energy Institute, an organisation founded by Mr Son in Tokyo, found the project will benefit all participating countries, citing many successfully operating international grid connections. But it lacks China’s active participation.

If further research can find evidence that the project will significantly improve China’s air quality by reducing coal consumption, national governments of the region might help make it happen.

Of course, true green détente in Northeast Asia cannot happen without North Korea’s support and participation. However, if any of the reviewed four options become reality, it will give North Korea a strong incentive to cooperate. 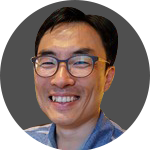