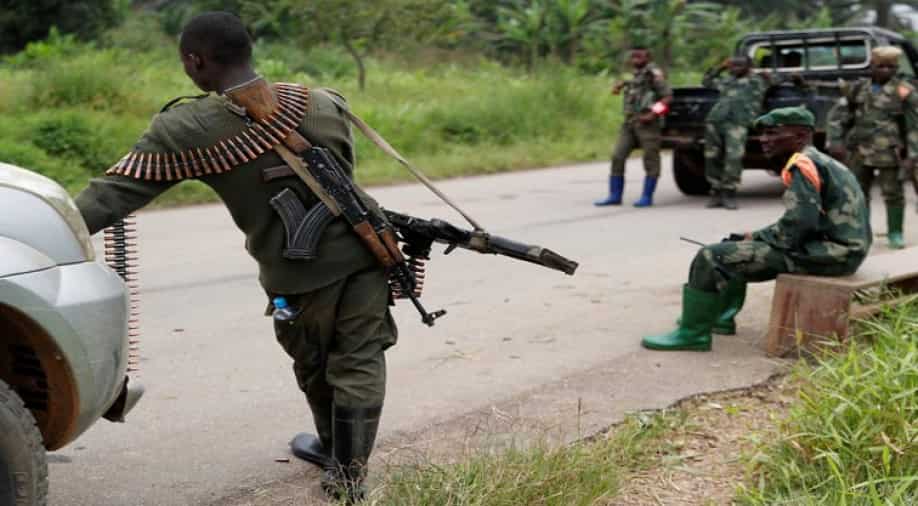 President Felix Tshisekedi has said he wants to end decades of unrest in the mineral-rich east, but killings there have more than doubled in the last year, according to the United Nations.

Assailants killed a dozen people in two overnight attacks in eastern Democratic Republic of Congo, the army, a witness and a local rights group said on Wednesday, blaming an Islamist militia.

The army said fighters launched their assault on the towns of Oicha and Kisima in North Kivu Province.

President Felix Tshisekedi has said he wants to end decades of unrest in the mineral-rich east, but killings there have more than doubled in the last year, according to the United Nations.

In late 2019 the Congo army began a campaign to eliminate the Allied Democratic Forces (ADF), a Ugandan militia that has been operating in the vast country since the 1990s. The ADF responded with a series of retaliatory massacres of civilians.

"We have just launched a new operation in the Rwenzori sector in a bid to drive the ADF enemy out of the Congolese territory," army spokesman Antony Mwalushayi said.

"The problem is that we have an enemy that attacks the defenceless."

The army did not confirm the death toll from the latest raids, but a civil rights activist in Kisima said the attackers killed 10 people in Kisima and two in Oicha using knives and machetes.

"We are farmers but they don`t want us to even have access to our fields - that`s killing us twice. They`ve also burned down several houses and taken some of the inhabitants into the bush," activist Roger Masimango said.

"They killed my father and my brothers," said Kavuva Blaise, who witnessed the attack on Kisima. "I was saved by a miracle. They were so numerous and spoke in a foreign language - that is what made me believe that it was really the ADF."

Islamic State has claimed responsibility for several suspected ADF attacks in the past, but U.N. experts in the region have found no direct link between the two groups.