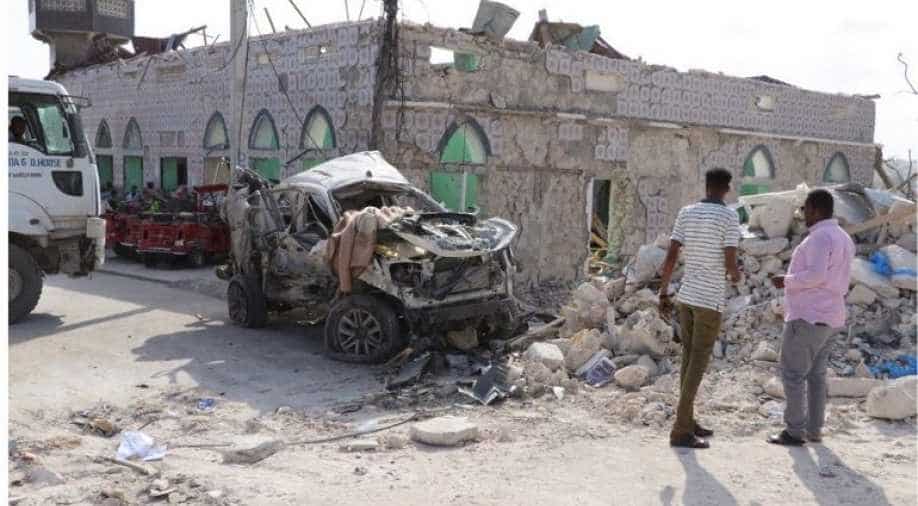 Members of the al-Qaeda linked group stormed the hotel after targeting it with a car bomb on Friday while local elders and lawmakers were meeting to discuss approaching regional elections.

Somalia's security forces on Saturday ended an overnight attack by the al Shabaab Islamist militant group on a hotel in the southern port city of Kismayu that killed at least 26, a police officer said.

"The operation is over," police officer Major Mohamed Abdi told Reuters by telephone from Kismayu.

Members of the al-Qaeda linked group stormed the hotel after targeting it with a car bomb on Friday while local elders and lawmakers were meeting to discuss approaching regional elections.

A second witness put the death toll at 14.

"The operation was concluded at 7 am. The death toll is sure to rise," local elder Ahmed Abdulle told Reuters.

A journalists' group had confirmed on Friday that two journalists were among the dead; Somali-Canadian journalist Hodan Naleyah, the founder of Integration TV, and Mohamed Sahal Omar, reporter of SBC TV in Kismayu.

Separately, Mohamed Ibrahim Moalimuu, general secretary of the Federation of Somali Journalists, said in a statement: "We are saddened and outraged by this loss of life, and condemn in the strongest possible terms this appalling massacre."

Al Shabaab was ejected from Mogadishu in 2011 and has since been driven from most of its other strongholds.

It was driven out of Kismayu in 2012. The city's port had been a major source of revenue for the group from taxes, charcoal exports and levies on arms and other illegal imports.

Kismayu is the commercial capital of Jubbaland, a region of southern Somalia still partly controlled by al Shabaab.