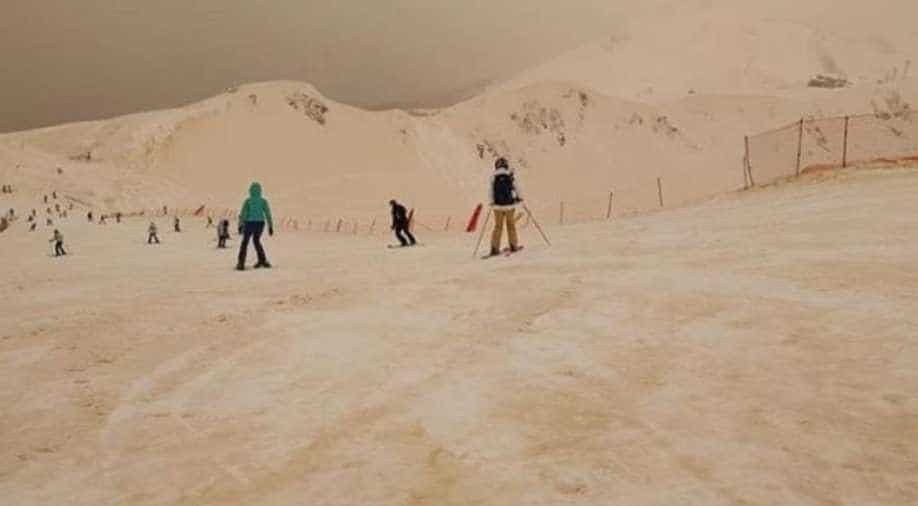 Eastern European countries like Russia, Bulgaria, Romania among others are witnessing a strange phenomenon, the snow here appears to be slightly orange in colour.

Experts suggest the change in snow's colour a result of deposition of dust and sand carried into the atmosphere from storms originating in North Africa.

Russia's environmental body believes the rare sight to be a result of chemical pollution as the snow in most regions were tested to have contained acids and other agents.

Last year the skies over the United Kingdom turned red as Hurricane Ophelia brought Saharan dust to the region.