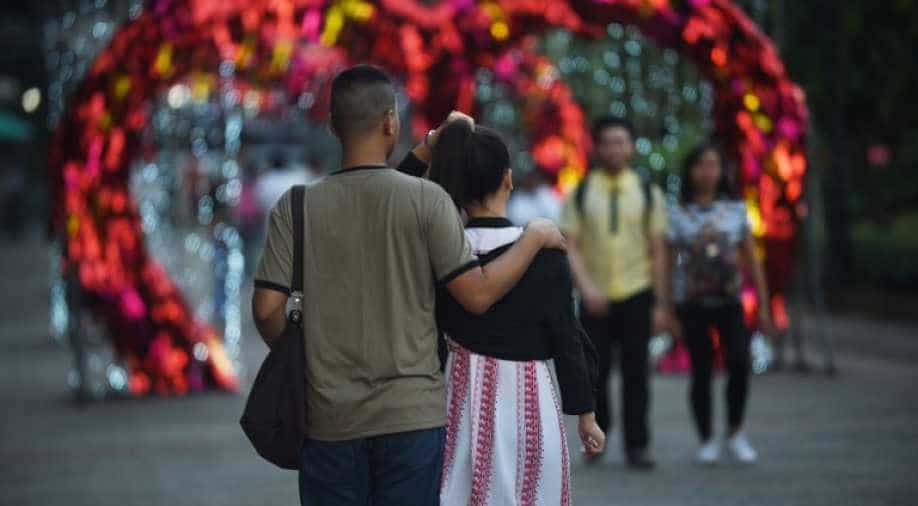 A Singaporean couple has launched a legal challenge after authorities annulled their marriage because the husband underwent a sex change, a lawyer said Monday.

The city-state voided the marriage last year, saying the operation made their partnership a same-sex union that is illegal under Singapore law.

Singapore is a modern and vibrant society in many ways but attitudes towards homosexuality are still conservative and Prime Minister Lee Hsien Loong has said the country is not yet ready for same-sex marriage.

The couple, Faith and Bryce Volta, married as man and woman in 2015, the Straits Times newspaper reported.

Faith, the husband, then underwent sex-change surgery and updated her national identity card to read "female", the paper said.

Six months later the government's Registrar of Marriages met the couple to discuss the sex change and later informed them the marriage would be annulled.

The couple has now asked the High Court to review the decision taken by the registrar, confirmed lawyer Eugene Thuraisingam, whose law firm is representing them for free.

Authorities previously cited the country's laws which state marriage is a union between a man and a woman as the reason for annulling the union.

Singapore maintains legislation dating back to British colonial rulemaking sex between men a criminal act, although it does not actively enforce the law.

Nevertheless, support for gay rights is growing due to more relaxed views among the younger generation and the large expatriate community.