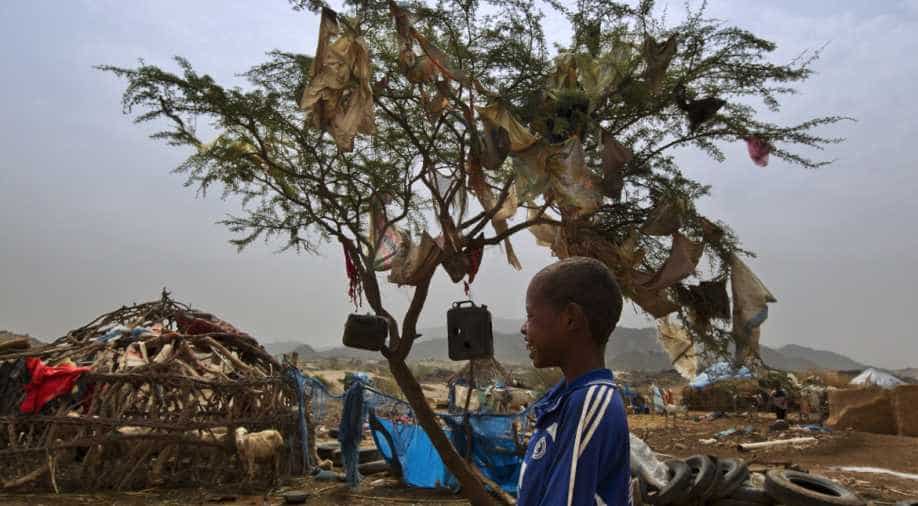 Follow Us
Saudi-led airstrikes killed at least seven people in Yemen on Sunday, residents said, as U.N. Secretary-General Ban Ki-moon flew to Kuwait to try and galvanise peace talks on the conflict.

Residents confirmed that five people died in the attack but did not say if they were civilians or armed members of the Houthis, a movement from the Zaydi branch of Shi'ite Islam.

Not targetting civillians: Saudi-led coalition
Yemen is more than 15 months into a war involving a Saudi-led Arab coalition that intervened to prevent Iran-allied Houthis, who control the capital, from completing a takeover of the country and overthrowing the government.

In southern Yemen, residents said two women died in an air strike on the home of a merchant in the Qubaita district, located between the Taiz and Lahej provinces. Another Yemeni died in Saada province by shelling from the Saudi side of the border, the Houthi-run al-Masirah television reported.

There was no immediate comment from the coalition on the reports. The Saudi-led coalition says it does not target civilians in Yemen and has been observing a truce, acting only in response to Houthi violations.

Ban urges delegations to avoid driving situation to a crisis
Ban hopes to push the combatants to make concessions. In a speech to Yemeni negotiators from the Saudi-backed government on one side and the Houthis on the other, he said they must try to learn from the example of Colombian rebels and the government who signed a deal last week in Cuba after decades of war.

"The agreement last week demonstrated the perseverance of all those who work to end violent conflict not through the destruction of the adversary, but through the patient search for compromise," Ban said, according to a text received from the world body.

"I urge both delegations to avoid driving the situation to a crisis, and work responsibly and with flexibility for a comprehensive solution that would end the conflict," he added.

The Yemen war has killed more than 6,400 people and caused a severe humanitarian crisis in a country that was already one of the poorest in the world. Yemen shares a long border with the world's top oil exporter, Saudi Arabia.

Officials say the talks have been going in circles: The Houthis demand an agreement on the fate of President Abd-Rabbu Mansour Hadi and the formation of a broad government that would include them before any withdrawal from cities they seized.

The Yemeni government insists that any new government would only be formed after the Houthis hand over their weapons and turn into a political party.