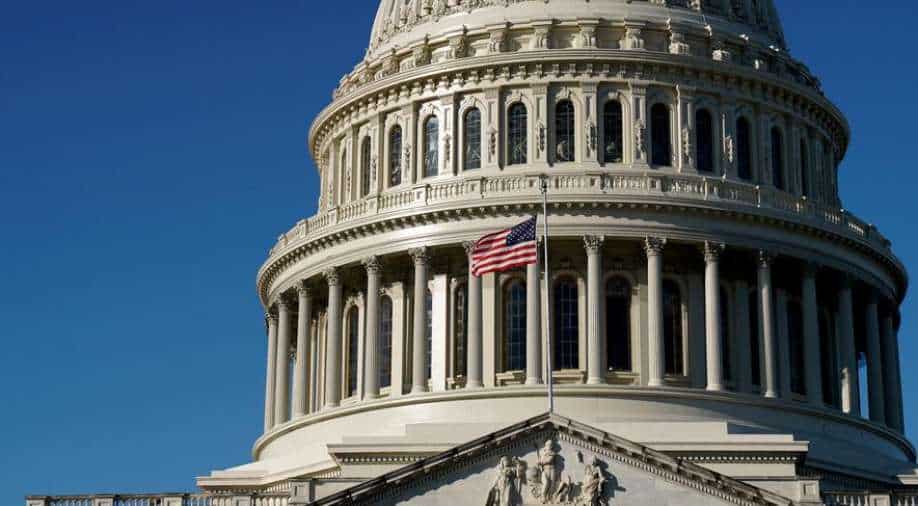 Waving off broad bipartisan public support for election law updates, the opposition party united to block the advancement of a sweeping package which would amount to the most expansive federal election reform in decades.

US Senate Republicans on Tuesday torpedoed a Democratic effort to protect voting rights and expand ballot access for all Americans, a flashpoint issue months after an election marred by Donald Trump's baseless allegations of fraud.

Waving off broad bipartisan public support for election law updates, the opposition party united to block the advancement of a sweeping package which would amount to the most expansive federal election reform in decades.

Democrats brought the "For the People Act" to the floor as a test vote, in reaction to controversial efforts by Republicans to enact strict new voting laws in dozens of states.

Critics have widely savaged those measures, which include restricting mail-in ballots, criminalizing the delivery of water to people waiting to vote, and limiting early Sunday voting hours as a way to deny Black churches' "souls to the polls" events.

The Democrats' historic bill, S1, is aimed at ensuring Americans can vote by mail, plus have full access to early voting and use of ballot drop boxes.

A version of the bill, which also reforms campaign finance laws and attempts to thwart gerrymandering, or the partisan redrawing of district lines, passed the House of Representatives in March.

But the text failed on a strictly party line 50-50 vote in the Senate, where support from 60 senators was needed in order to even begin debating the measure.

Senate Majority Leader Chuck Schumer delivered a scathing rebuke to Republicans as he sought to claim a moral victory.

While all Democrats voted to protect voting rights, "voter suppression has become part of the official platform of the Republican Party," he said.

Vowing that the fight was "far from over," President Joe Biden called the Republicans' move  "suppression of a bill to end voter suppression," while also labeling it "another attack on voting rights that is sadly not unprecedented."

The blocking of S1 ensures the issue remains a political firestorm into the 2022 midterm elections and beyond.

There was worry that Democratic moderates, led by Senator Joe Manchin, would not support it.

But Manchin aligned with his party after leaders agreed to introduce a "commonsense compromise" that he proposed.

"I remain committed to finding a bipartisan pathway forward because the future of our democracy is worth it," Manchin said in a statement.

Manchin's compromise maintains most of the Democratic bill's provisions but allows a key concession -- voter identification requirements -- in a bid to win over Republicans.

Democrats have accused Republicans of caving to Trump's pressure about mail-in voting and other expansive voting rules, and targeting the ways that younger, poorer, non-white and typically Democratic voters access the ballot.

The White House had acknowledged the vote would fail, but nevertheless issued a statement of support, as it highlighted how Americans' right to vote "is under assault" thanks to moves by Republican state legislatures.

"In state after state, new restrictive laws on voting, and efforts to replace non-partisan election administration with partisan processes designed to overturn the will of the voters have become more widespread," the White House budget office said.

Republicans however remain firmly opposed to the Democratic effort.

Their bill is a "transparently partisan plan to tilt every election in America permanently in their favour," said top Senate Republican Mitch McConnell.

"It's a recipe for undermining confidence in our elections, remaking our entire system of government to suit the preferences of one far end of the political spectrum."

With the voting rights bill now blocked, Democrats face pressure to abolish the filibuster, the Senate procedure that allows the minority to block legislation unless it earns support from 60 of the chamber's 100 members.

Biden, a 36-year veteran of the Senate, has expressed opposition to getting rid of the filibuster outright.

But several lawmakers in his party believe such a move is the only way to ensure voting protections and get other elements of his ambitious progressive agenda into law.

"I've been engaged in this work my whole career, and we are going to be ramping up our efforts to overcome again -- for the people, for our very democracy," Biden said.

Schumer said the bill's defeat was not the finish line for voting rights action, but the starting gun.

"We are going to explore every last one of our options," he said. "We have to."