Samosa Caucus, informal group of Indian-Americans fails to increase its strength in US Congress in midterm polls 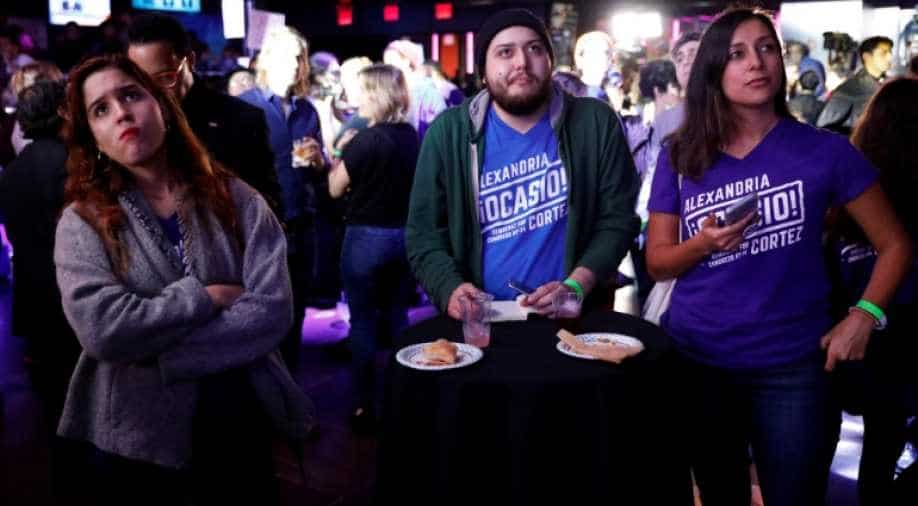 Pramila Jayapal, Ro Khanna and Raja Krishnamoorthi all won in landslides, while Ami Bera, the longtime US representative in California's 7th Congressional District, won in a more closely-contested race.

The so-called 'Samosa Caucus' - an informal group of the Indian-Americans in the US Congress - has failed to bolster its strength, though its all four incumbent members got re-elected to the House of Representatives in the crucial midterm elections.

Pramila Jayapal, Ro Khanna and Raja Krishnamoorthi all won in landslides, while Ami Bera, the longtime US representative in California's 7th Congressional District, won in a more closely-contested race.

In the Eighth Congressional District of Illinois, 45-year-old Krishnamoorthi was re-elected for the second term by a comfortable margin of more than 30 percentage points. He defeated his Indian American Republican opponent J D Diganvker.

Three-term lawmaker 53-year-old Bera was re-elected for a record fourth consecutive time from the Seventh Congressional District of California.

Unlike the previous three elections, Bera did not have to wait for weeks for recounting of votes. He defeated Andrew Grant of the Republican party by a small five per cent margin.

"It's been an honour serving the 7th Congressional District as your congressman and I am grateful for the opportunity to serve again," he said in a statement after responding to the news of his victory.

Bera added that the election was about the values held by Americans.

"If we are truly going to heal this country, we must start by rebuilding trust in government, working across party lines, and putting people before politics," he said, adding that "Whether it's protecting health care or improving Social Security and Medicare, the choices we make right now will directly impact future generations raised in Sacramento County.

In the Silicon Valley, Khanna, 42, defeated Ron Cohen of the Republican party with a massive 44 percentage point in the 17th Congressional District of California.

"Tonight was a great night for our campaign and for Democrats across the country. I'm grateful to the voters of #CA17 for giving me the opportunity to continue to represent you in Congress. This has been the honour of my life," Khanna said.

"With Democrats in control of the House, we will push for economic and foreign policy populism," he said.

Congresswoman Jayapal, the only Indian-American woman lawmaker in the House of Representatives, defeated her Republican rival Craig Keller by a massive 66 percentage points.

"The American people voted to put the Democrats back in control of the US House of Representatives. Now, we are primed to restore the balance of power between the branches of government and push back even more strongly against the Trump administration's deeply destructive policies," Jayapal, 53, said in her victory speech in Seattle.

None of the more than half a dozen new Indian-Americans candidates, many of whom caught national attention by giving a tough fight to their opponents and outraising them in the fundraisers, could make it to the House of Representatives, which is equivalent to Lok Sabha in the Indian parliament.

However, Indian-Americans picked up more seats in the State Assemblies. The community sent its member Ram Villivalam for the first time to the Illinois Senate and also elected a Muslim Indian-American Mujtaba Mohammed to the North Carolina State Senate.

For the first time, more than 100 Indian-Americans had entered the race in this mid-term elections, of which over 50 were on the ballot on Tuesday.

Among them, 12, including four incumbents, were running for the House and one for the Senate - a record in itself.

A five-time incumbent, Olson defeated his Indian-American Democratic challenger in the most heated 22nd Congressional District that the opposition had hoped to flip due to a large Asian-American population.

Successful entrepreneur Shiva Ayyadurai, who fought the Massachusetts Senate race as an independent, came a distant third. Democratic leader Elizabeth Warren registered a comprehensive win over her Republican rival Geoff Diehl to re-enter the US Senate.

Democratic Nima Kulkarni defeated Joshua Neubert from the GOP to make her maiden entry into the Kentucky Assembly from State District 40. A practising and recognised lawyer, she owns Indus Law Firm specialising in immigration, employment and business law.

Republican Niraj Atani, 27, registered his third consecutive electoral victory from Ohio House 42nd District. He is the youngest Indian-American elected official in the US.

Nationwide, the Democratic Party won more than the necessary 218 seats to reclaim control of the House, while the US Senate remains in Republican control.