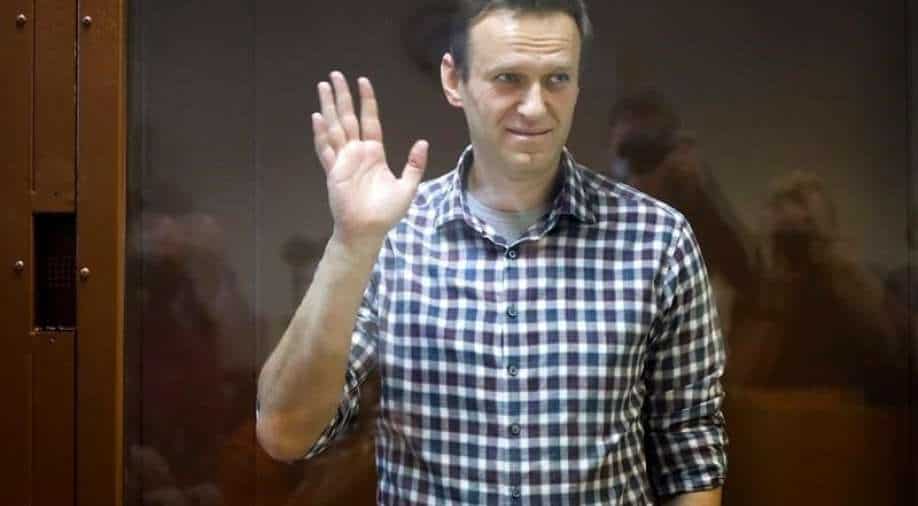 President Vladimir Putin and U.S. President Joe Biden are due to hold talks in Geneva next week with the fate of Navalny and the crackdown on his movement certain to be on the agenda.

A Russian court on Wednesday outlawed groups linked to jailed Kremlin critic Alexei Navalny after declaring them "extremist", a move that bans his allies from elections and will further strain U.S.-Russia ties before a closely watched summit.

President Vladimir Putin and U.S. President Joe Biden are due to hold talks in Geneva next week with the fate of Navalny and the crackdown on his movement certain to be on the agenda.

Washington, which has asked Moscow to free Navalny, condemned the court decision, with the State Department calling it "particularly disturbing." The Kremlin says the matter is a purely domestic one and not Biden's business. It has portrayed Navalny as a U.S.-backed trouble maker, something Navalny has denied.

Wednesday's ruling, the latest chapter in a long-running crackdown on Putin's fiercest domestic opponent, delivers a final hammer blow to a vast political network that Navalny built up over many years to try to challenge the veteran Russian leader's grip on power.

Putin, 68, has been in power as either president or prime minister since 1999. Navalny, in jail for parole violations related to an embezzlement case he says was trumped up, had mounted a bold challenge to Putin via street protests and graft investigations which he had hoped would bring about a change of leadership.

The legal case against Navalny's network was brought by the office of Moscow's top prosecutor who had accused Navalny and his allies of trying to foment a revolution by seeking to destabilize the socio-political situation inside Russia with their activity.

A spokesperson for the Moscow prosecutor's office told reporters on Wednesday that he was pleased with the ruling which had recognized that Navalny's allies had organized illegal street rallies that had ended in mass unrest.

After a 12.5 hour legal hearing behind closed doors, Navalny's lawyers said in a statement they would appeal and that the evidence presented by prosecutors had not been satisfactory.

The legal offensive mirrors ones waged in the past against far-right groups, Islamist organizations, and the Jehovah's Witnesses which were also declared "extremist" by courts and banned.

Navalny and his allies denied the prosecutor's allegations, casting them as an attempt to try to crush their political opposition to the ruling United Russia party ahead of parliamentary elections in September.

In a message posted on Navalny's Instagram account apparently drafted in anticipation of what was a widely expected ruling, Navalny was cited as urging his supporters to not be disheartened. "We're not going anywhere," the message read.
"We'll digest this, sort things out, change, and evolve. We'll adapt. We won't step back from our aims and ideas. This is our country and we do not have another one."

The prosecutor's request formally ends the activity of a network of groups set up by Navalny, 45, who is serving a 2-1/2 year jail term, something many Western countries have portrayed as politically motivated revenge for his anti-Kremlin political activities.

Specifically, the ruling targets Navalny's Anti-Corruption Foundation which has produced high-profile investigations into alleged official corruption, and Navalny's regional campaign headquarters which have mobilized in the past to organize anti-Kremlin protests.

The authorities now have the formal power to jail activists and freeze their bank accounts if they continue their activities. The case had already prompted Navalny's allies to suspend the groups even before the ruling.

In the run-up to the verdict, Putin last week signed legislation that barred members of "extremist" organizations from running for office. Combined with Wednesday's ruling, the new legislation ends hopes by some Navalny allies to run for parliament.

They say they will try to use a smart or tactical voting strategy instead to seek to undermine support for the pro-Kremlin ruling party, a strategy Kremlin sources have belittled.