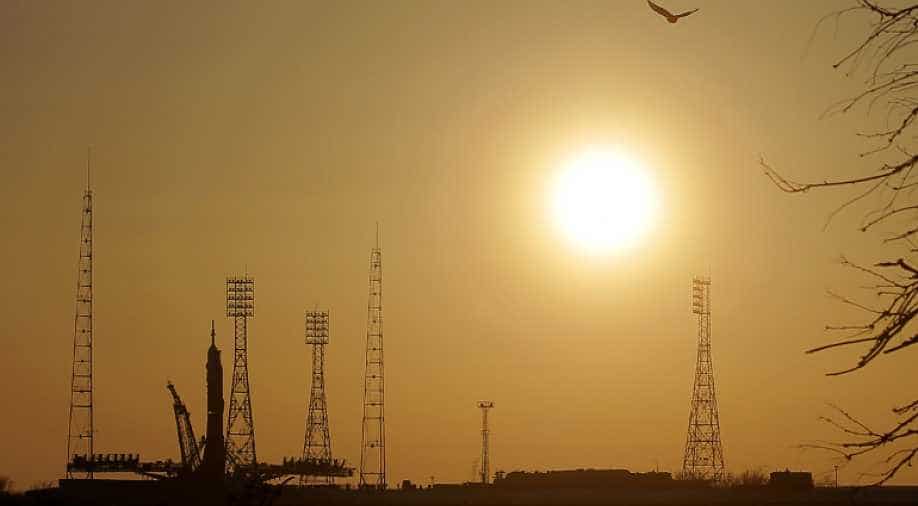 OneWeb, which plans to use a constellation of hundreds of satellites to provide a worldwide Internet network, struck a deal with Russian space agency Roscosmos in 2015 to send them into orbit and it clinched a joint venture with a subsidiary of the agency to service Russia.

Russia's state security agency is opposing a high-level deal for the US. OneWeb satellite startup to bring Internet access to remote parts of the country because it says the project could be used to gather intelligence and damage national security.

OneWeb, which plans to use a constellation of hundreds of satellites to provide a worldwide Internet network, struck a deal with Russian space agency Roscosmos in 2015 to send them into orbit and it clinched a joint venture with a subsidiary of the agency to service Russia.

But now, after objections from Moscow, OneWeb is relinquishing its majority stake in the venture, according to two industry sources and a Russian state procurement document.

Speaking at a conference in Moscow, Federal Security Service official Vladimir Sadovnikov said the FSB was against the project servicing Russia for security reasons since it could potentially hand a foreign Internet service provider a monopoly over rural and remote areas.

"Some of Russia's regions would become totally dependent on a foreign satellite service," Sadovnikov said, adding that Moscow had not received any conclusive evidence that OneWeb's satellites would not be used for intelligence gathering.

"The only way to address the threats of foreign satellite networks like OneWeb, especially in the Arctic region and Far North, is to restrict their usage in Russia," Sadovnikov said.

He added that Russia favoured setting up a similar network partnering with India, China and countries which he described as non-aggressive.

Moscow's ties with the West are at a post-Cold War low following Russia's 2014 annexation of Crimea and rows over sanctions, Syria, alleged election meddling and a poisoning attack on a former spy in Britain.

Sadovnikov conceded that there were satellite projects similar to OneWeb in scale such as Iridium which were already in use, but they were not used widely and are therefore not seen as a threat.

Late on Wednesday, OneWeb issued a statement to Reuters confirming that its joint venture with the Roscosmos subsidiary would be majority Russian owned and operated locally.

The OneWeb system "is designed to fully respect the regulatory and cultural requirements of its many partner countries", the statement said.

The company said it recognised that security was of paramount concern to every country in which OneWeb will operate. It said its system would ensure all Internet traffic remained secure. It said the OneWeb system would begin launching early next year.

Almost 45 per cent of the world population does not have access to the Internet, according to Internet World Stats. OneWeb aims to make it available to everyone, including on aircraft and other high-speed transport. The project is meant to be fully online by 2027.

Russia is important to the success of the project as it has many remote and far-flung areas where high-speed broadband is not available.

It plans to create a network of 900 satellites, most of which will be sent into orbit by 21 Soyuz launch vehicles from the Baikonur Cosmodrome in Kazakhstan and the Guiana Space Center.

The contract for the launch was signed by OneWeb, Arianspace and Roscosmos in 2015. It will cost OneWeb $1 billion to have the satellites sent into orbit, Igor Komarov, Roscosmos' former CEO, said after signing the deal.

The first launch was scheduled for late 2017, but the company has pushed the date back several times. The launch is now scheduled for between December 2018 and February 2019, according to Wyler.

In 2017, OneWeb strengthened its partnership with Roscosmos by creating a joint venture with satellite operator Gonets, a subsidiary of Roscosmos, to develop the project in Russia. OneWeb currently holds a 60 per cent stake and Gonets has the rest.

However, Gonets now intends to increase its stake to 51 per cent and is looking for a contractor to estimate the cost of the deal, a document submitted by Gonets in the Russian state procurement system showed.

Gonets is a state company and is therefore required to publish details of all procurement orders in line with Russia's anti-corruption legislation.

Two industry sources - one at the FSB, and the other an official at the Ministry for Digital Development and Communication - confirmed to Reuters that Gonets would become a controlling stakeholder in the joint venture with OneWeb.

"OneWeb is an important project for Roscosmos and Russia's space industry, but national security issues come first. There are many doubts regarding that project, especially because of the sanctions against us," said the source at the FSB.

OneWeb submitted a request to receive a frequency band in Russia, but was refused by authorities, according to Russian media reports confirmed by a communications official. A source at the Ministry for Digital Development and Communications said OneWeb would be given permission after legal issues regarding the joint venture were completed.