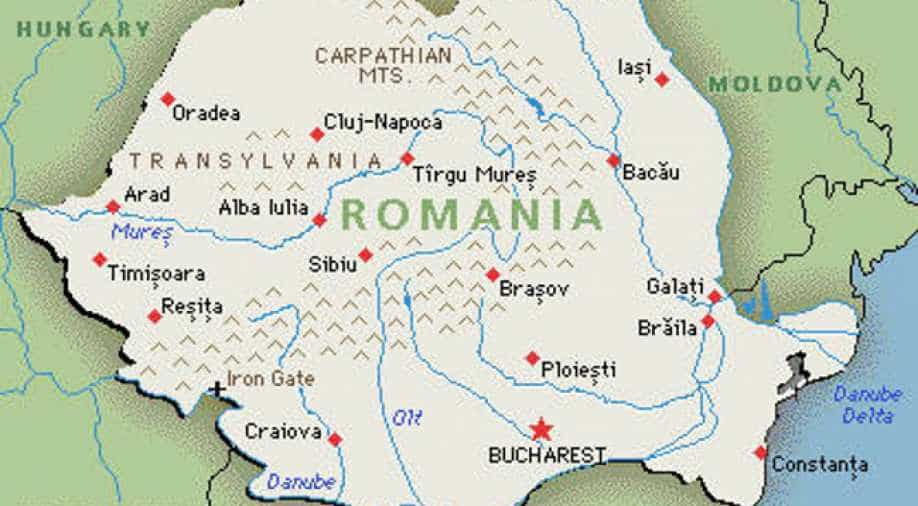 After casting her own ballot, Dancila told supporters she voted "for a safe and dignified Romania"

Romania voted in the first round of a presidential election on Sunday, with pro-European incumbent Klaus Iohannis the favourite to win, potentially adding to a liberal fightback against the region's prevailing nationalism.

His main rival in the presidential vote, the PSD's Viorica Dancila, served as prime minister for the government, which took power in 2016.

The PSD's government had engaged in a long battle with Brussels, and Iohannis, over allegations it was trying to push through controversial judicial reforms in order to neuter the judiciary and benefit PSD politicians.

"Today Romanians are deciding on the future of their country," Iohannis, 60, told reporters as he cast his ballot at a school in the capital Bucharest.

After casting her own ballot, Dancila told supporters she voted "for a safe and dignified Romania".

He has made rule of law a central plank of his campaign which has mirrored that of Slovakian anti-corruption activist Zuzana Caputova, who won the presidential election in that country in March.

In Hungary too, the nationalist government of Prime Minister Viktor Orban suffered a rare setback last month when centre-left candidate Gergely Karacsony united the opposition to wrest the mayoralty of the capital Budapest from Orban's Fidesz party.

While nationalism has been less present in Romanian politics than in Hungary or Poland, the PSD had tried to frame its clashes with EU institutions as evidence that the party was standing up for Romania.

However, as the German magazine Osteuropa pointed out in a recent editorial, at May's European elections "while Fidesz and (Poland's ruling) PiS party won on the back of anti-Brussels campaigns, Romanian voters punished the government and sent a pro-European signal".

The heavy losses in the European polls added to a series of travails for Dancila's government which eventually saw it brought down by parliament in a no-confidence vote last month.

Sociologist Vasile Dancu said the PSD would be "seeking a new identity after three years in power".

Earlier this week MPs gave their backing to a government led by the PNL's Ludovic Orban.

Iohannis, a member of the country's ethnic German minority, was first elected in 2014 and is widely expected to win a second five-year term in the run-off vote on November 24.

The former physics teacher and mayor of the city of Sibiu have warned that a PSD win would pose a threat to democracy.

The left-wing party is seen as the successor of the elite which dominated the country before the overthrow of communism in 1989 and is accused of harbouring corruption in its ranks.

Some four million Romanians have moved abroad in recent years and the diaspora, which predominantly votes for liberal candidates, could play a key role in the election.

Voting opened at many locations abroad on Friday and by Sunday morning more than 300,000 diaspora Romanians had already voted, a record for the first round of a presidential election.

The election could mark the end of an era. For the first time since the return to multi-party democracy the PSD, increasingly reliant on an ageing, rural voter base, can't be sure of making it through to the second round.

In total 14 candidates are standing and 18.2 million people are eligible to vote.

Polling stations opened at 7:00 am (0500 GMT) and will close at 9:00 pm, with two exit polls expected shortly afterwards.