Rohingya repatriation to Myanmar should be voluntary and dignified: US 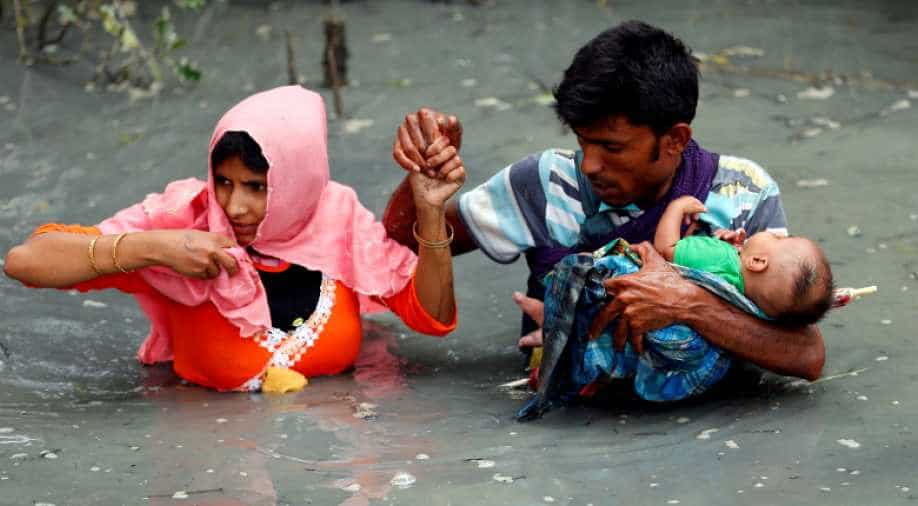 Rohingya refugees carry their child as they walk through water after crossing the border by boat through the Naf River in Teknaf, Bangladesh. Photograph:( WION Web Team )

The United States said it would like to see "safe" and "dignified" return of Rohingyas back to Myanmar, insisting "Rohingyas need to be treated well as they decide to return home".

However, even after nearly four months, Rohingyas continue to flee Myanmar in huge numbers. The UN has estimated over 6,20,000 Rohingyas have already crossed over to Bangladesh with thousands more expected to reach trekking over mountains and through forests and rice fields inundated by monsoon rain.

"In terms of the repatriation plan, we'd like to see the plan. We've heard about it in concept, but one of the things that would be important to be in that plan is the voluntary, safe and dignified return," State Department spokesperson Heather Nauert said.

Even as the efforts are underway to repatriate the Rohingyas, Myanmar authorities on Tuesday found ten bodies buried in a mass grave site outside Rakhine State, a newspaper said.

The military said it was investigating the site, reports said.

"They have to have a dignified return. That means treating the people well as they decide to return home," the State Department spokesperson added.

"We hope that the refugees will eventually be able to go home, to go home to Burma. More than 600,000 of them have been forced across the border since August alone, and now it's December," she said.