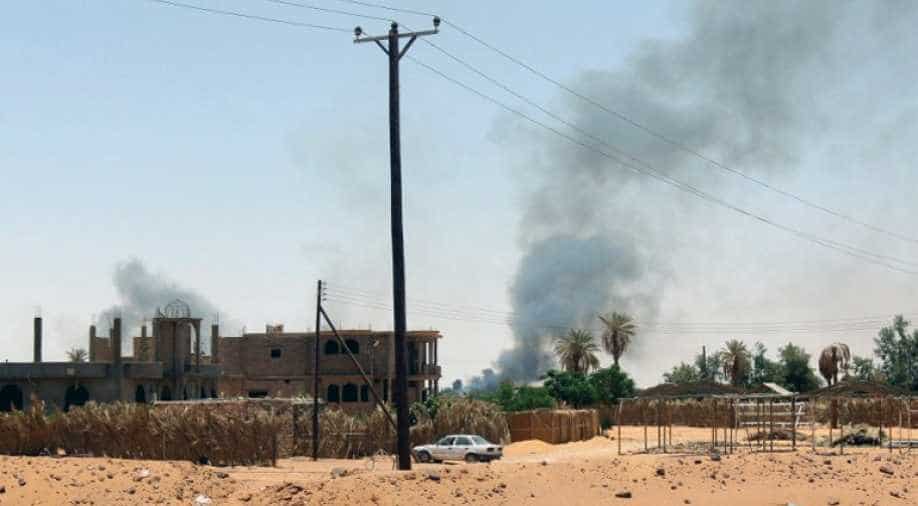 The rockets slammed into the Besmaya base south of Baghdad late Monday night, a statement by the military said, making no mention of casualties.

A pair of rockets hit an Iraqi base hosting US-led coalition and NATO troops, Iraq's military said Tuesday, the third attack on installations hosting foreign forces inside a week.

The rockets slammed into the Besmaya base south of Baghdad late Monday night, a statement by the military said, making no mention of casualties.

Spanish forces linked to the US-led coalition fighting the Islamic State group, as well as NATO training forces, are present in Besmaya.

The last week has seen a renewed spike in rockets hitting Iraqi bases hosting foreign forces, with three coalition troops killed on March 11 in a similar attack on the Taji air base, which was hit again on March 14.

Since late October, there have been 24 rocket attacks on the US embassy in Baghdad or bases where foreign troops are deployed, killing a total of three American military personnel, one British soldier and one Iraqi soldier.

No attacks have been claimed but Washington has blamed Kataeb Hezbollah, a hardline faction in the Hashed al-Shaabi -- a military network incorporated into the Iraqi state.

The US has long insisted Baghdad should do more to reign in such factions and prevent them from targeting American troops and diplomats.

But Washington took a much tougher line in December after a US contractor was killed in a rocket attack, launching retaliatory airstrikes against Kataeb Hezbollah.

Outraged, Iran launched cruise missiles at the largest Iraqi base hosting US troops and the Iraqi parliament voted to oust all foreign forces from the country.

The parliamentary vote has yet to be implemented by a government.