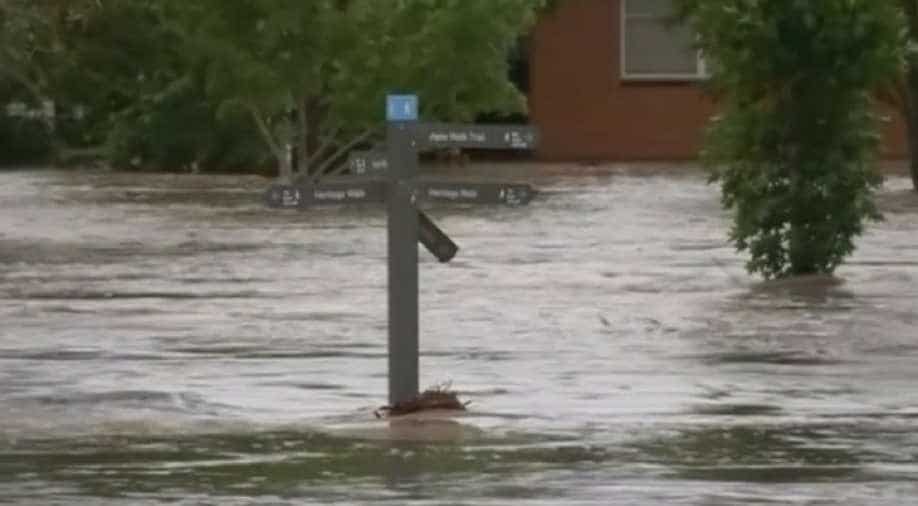 Heavy rain has caused severe flooding in the Australian state of Victoria on Saturday with more than 300mm of rain expected to fall in just three days. Photograph:( Reuters )

People in Victoria have been given warning of floods and thunderstorm by Australia's Bureau of Meteorology (BOM) after heavy rainfall hit the Australian state on Friday.

A Flood Watch for #Victoria has been updated. Check here for latest warnings and watches: https://t.co/HLs2UYFQyQ pic.twitter.com/EUIeLjNrJI

According to reports, almost 300 mm of rain and large hailstorms are predicted in the next three days.

Several flights have also been diverted to Sydney and major events have been cancelled in the state, media reports said.

Floodwater started to run quickly downstairs and alleys in Melbourne's suburb of Ringwood after five minutes of the downpour on Friday afternoon, according to a local resident David Cabler.

The Hume Highway, an inter-city national highway connecting Melbourne to Sydney, was seen submerged in flood waters in a video shared by a Wangaratta florist.

Parts of the Hume Highway have been closed due to the flooding, according to local media.