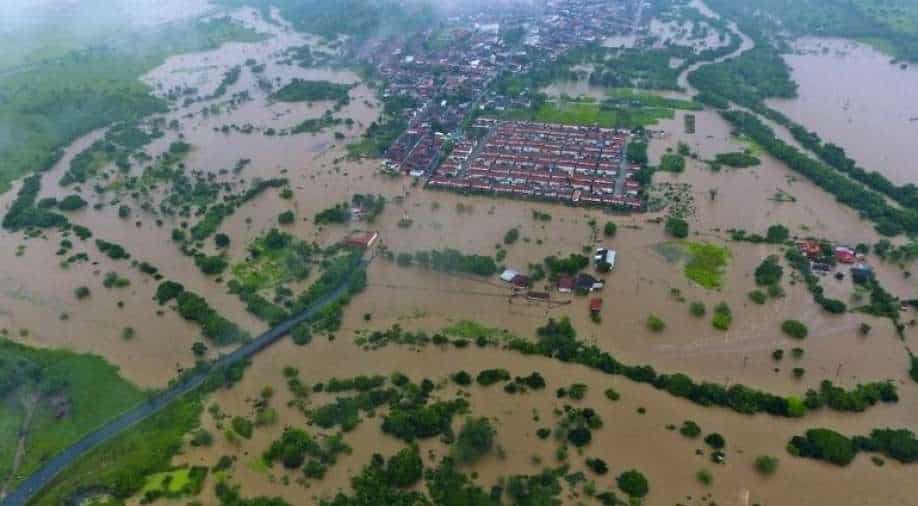 After weeks of heavy rains, two dams collapsed in northeastern Brazilian state of Bahia. It comes as the rains had already swollen local rivers. The incident has led to flooding in towns across the region. Although roads and bridges were damaged, there were no reports of deaths or injuries

The development comes as the rains had already swollen local rivers.

Located on the Verruga river near Vitoria da Conquista city in southern Bahia, the Igua dam gave way on Saturday night. It led to evacuation of numerous residents by authorities in the town of Itambe.

Another dam burst due to the immense rise in water levels in Jussiape, which is 100 kilometers to the north, on Sunday morning. It forced authorities to issue more alerts for the residents to reach safer grounds.

The incident has caused flooding in towns across the region.

Although roads and bridges were damaged, there were no reports of deaths or injuries.

Also Read: At least 16 migrants dead in Greece after their boat capsizes

Towards the coast in Itabuna, residents, who were trapped in flooded homes in the downtown area, were rescued by fire brigade teams, Reuters reporters said.

Not just this, the rescuers also rowed dinghies along the flooded streets to reach trapped people.

Mayor Sheila Lemos said all residents, who were close to the collapsed Igua dam in Vitoria da Conquista, had been evacuated.

Bahia Governor Rui Castro said around 400,000 people have been impacted by the heavy rains. Thousands have also been evacuated from around 67 towns.