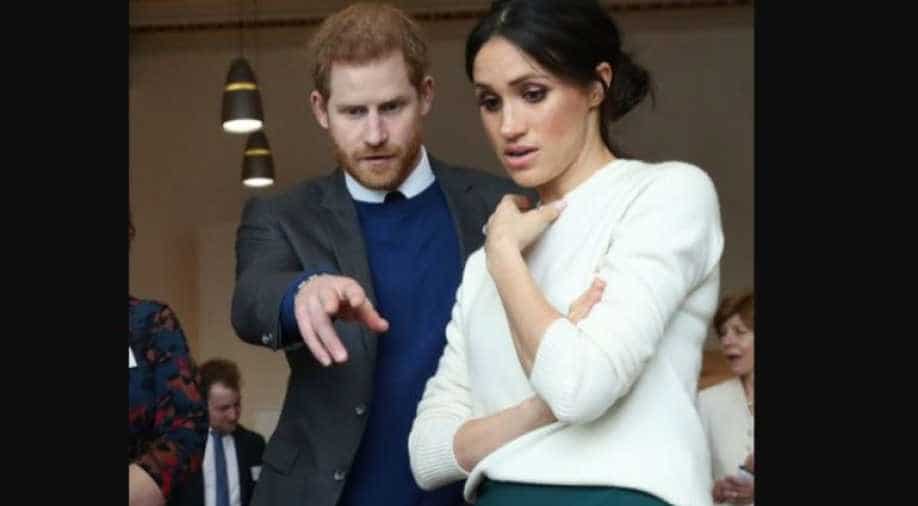 Prince Harry and his fiancee Meghan Markle looked amused during their visit to Northern Ireland. The royal couple interacted with the representatives of a company that specialises in prosthetics at a next-gen science park, Catalyst Inc in Belfast.

Titanic FX had some gory items on display like a fake severed foot, decaying hands among others at the exhibition.

We are LOVING Prince Harry and Meghan Markle's response to our Prosthetic Limb display at @CatalystIncHQ on Friday. Their react was the same as most people who encounter our products. #Priceless #HarryandMeghan #TheRoyalCouple pic.twitter.com/rg3StCwZ1i

The company is known for manufacturing prosthetics and props for films and television shows and has also worked for the hugely popular television series, Games of Thrones.

When you see what Prince Harry and Meghan Markle were looking at close up, you can see why were freaked them out a little. ?????? #HarryandMeghan #ProstheticLimbs #TitanicFX @HRHHenryWindsor @KensingtonRoyal @PARoyal @RoyalFamily pic.twitter.com/FSWG7tzRM7

Despite knowing the artificiality of the horrific items on display, Prince Harry and Meghan Markle wore squirmish expression all over their faces throughout their visit to the exhibition.

Thank you for sharing this photo. What a pleasure it was to meet both Prince Harry and Meghan today. I really hope all my prosthetic prop limbs didn't freak them out too much.

Nuala Campbell, founder and Managing Director of Titanic FX, was thrilled with the response for her prosthetic products. She tweeted out saying that, "I really hope my prosthetic prop limbs didn't freak them out too much".