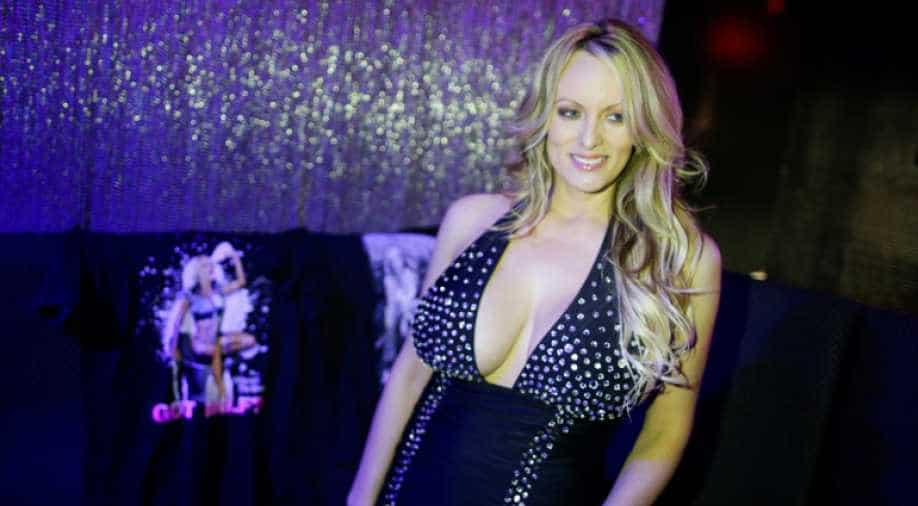 As the lawyer for adult film star Stormy Daniels, Michael Avenatti has been a persistent thorn in Donald Trump's side.

But in the last few days, Avenatti has gone a step further, strongly suggesting he is ready to take on the president in the 2020 elections and positioning himself as someone tough enough to take on Trump in a bare-knuckles battle for the White House.

"I'm going to put Donald Trump on trial," he said Sunday on ABC's "This Week." "The only question is how many jurors are we going to have in that trial."

Avenatti, who represents Daniels in the legal dispute over her claim that a Trump lawyer paid her to remain silent about an alleged affair with the future president, traveled to the Iowa State Fair on Thursday -- an almost mandatory stop for presidential aspirants in the first state to hold a presidential nominating contest every four years.

"I'm exploring a run for the presidency of the United States," the California-based attorney told the Des Moines Register newspaper, in an unusually direct statement so early in the game.

In his speech Friday to the Iowa Democratic Wing Ding dinner -- where Democratic presidential hopefuls vie to raise their profiles -- he portrayed himself as a street fighter ready to aggressively take on Trump.

Too many Democratic candidates, Avenatti said, "have a tendency to bring nail clippers to a gunfight."

Referring to former first lady Michelle Obama's famous quote that "when they go low, we go high," Avenatti offered a less polished version: "When they go low, I say we hit harder."

Avenatti argued against showing too much restraint, saying, "The moment we are living in is grave. It is critical. Trump doesn't have the character, the heart, the knowledge or the wisdom to be president of the United States."

In Avenatti's ABC interview, perhaps his first as a potential presidential candidate, he was asked about a range of issues.

He said the biggest national security threats facing the US are "North Korea and Iran."

Avenatti said Trump's high-profile meeting in Singapore with North Korean leader Kim Jong Un had amounted to little more than "a photo-op in front of some flags and a red carpet." As regards Iran, he criticized Trump for sending out "an all-caps tweet in the middle of the night in a situation that is that serious."

In contrast to Trump, he said he would release at least some of his tax returns.

As to why American voters should take the relatively unknown lawyer seriously, Avenatti replied that "for over 18 years, I've been fighting on behalf of Davids versus Goliaths, some of the largest corporations in the world, con men, fraudsters I've had great success."

Perhaps the best known of those "Davids" is Stormy Daniels, whose real name is Stephanie Clifford.

Asked Sunday on CNN about Avenatti's political ambitions, Trump lawyer Rudy Giuliani pretended not to recognize the younger lawyer's name before suggesting Avenatti might first want to "settle (a) bankruptcy situation" he faces.

Avenatti's law firm in Newport Beach, California, has defaulted on millions of dollars in debt and is being sued by a former employee who seeks to collect on a $10 million judgment he won against the firm, the Los Angeles Times has reported.

The CNN interviewer pointed out to Giuliani that "there's a history of people with bankruptcies in their past running for president."