Pope accepts resignation of US cardinal over abuse cover-up claim 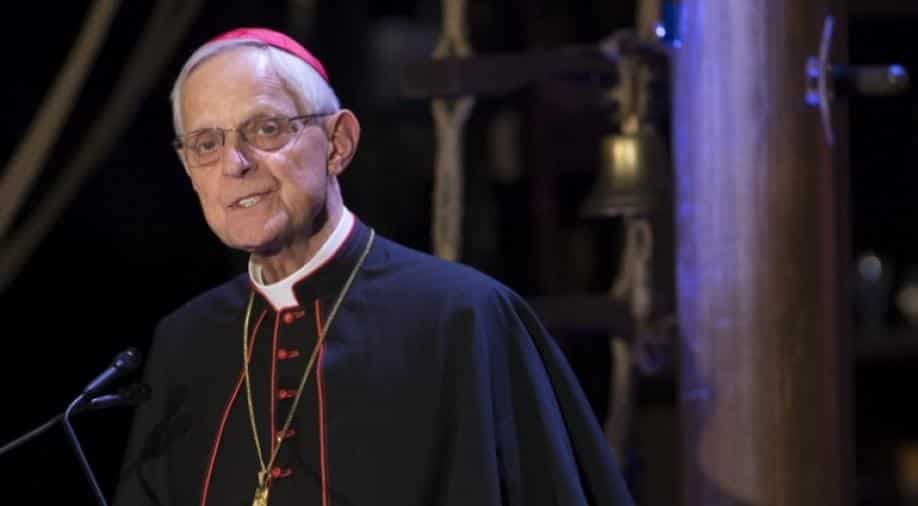 Cardinal Wuerl, 77, had offered to resign on September 21 after facing strong criticism over a report detailing mass sexual abuse cases when he was a bishop in Pennsylvania.

Pope Francis on Friday accepted the resignation of Washington DC Archbishop Donald Wuerl, who has been blamed for not doing enough to deal with paedophile priests.

Cardinal Wuerl, 77, had offered to resign on September 21 after facing strong criticism over a report detailing mass sexual abuse cases when he was a bishop in Pennsylvania.

Francis finally accepted his resignation on Friday in a letter in which he praised Wuerl's "nobility" and said the cardinal would stay on until his successor is appointed.

Wuerl said in a statement that he was "deeply touched" by the pope's letter and that his replacement would "allow all of the faithful, clergy, religious and lay, to focus on healing and the future".

He also apologised for "any past errors in judgement".

A sweeping US grand jury report released in August revealed credible allegations against more than 300 predator priests and identified over 1,000 victims of child sex abuse covered up for decades by the Catholic Church in the state of Pennsylvania.

The report is thought to be the most comprehensive to date into abuse in the US church, but while prosecutors have filed charges against two priests, the vast majority of crimes happened too long ago to prosecute under current laws.

In the report, Wuerl, who was bishop of Pittsburgh from 1988 to 2006, is repeatedly cited as one of the church leaders who helped cover up the scandal.

Despite facing numerous calls for his resignation, including from his own clergy, Wuerl said at the time the report confirmed he had acted with "diligence, with concern for the victims and to prevent future acts of abuse".

The Catholic Church in the United States had already been shaken by the resignation of former archbishop of Washington Theodore McCarrick in July.

The case triggered a storm in August when Archbishop Carlo Maria Vigano, a former Vatican envoy to Washington, accused the pope of ignoring allegations that McCarrick had abused a teenager decades ago.

On Saturday, Francis ordered an investigation into the Vatican archives over the allegations.