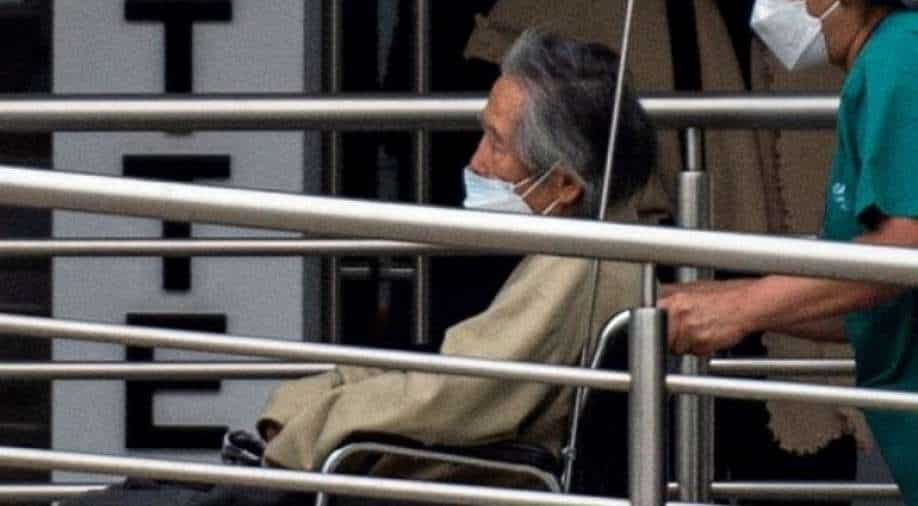 Alberto Fujimori, Peru's president between 1990 and 2000, was rushed to hospital on March 3 after experiencing an irregular heartbeat

The 83-year-old, currently serving a 25-year sentence for crimes against humanity committed during his presidency, had heart surgery in October.

"My father was discharged today from the Centenario Clinic to continue his treatment at Barbadillo prison," tweeted Keiko Fujimori, the ex-president's daughter and current leader of the opposition party Fuerza Popular.

"During the day he was taken to the El Golf Clinic for an analysis of the progress of his pulmonary fibrosis," she added.

Alberto Fujimori, Peru's president between 1990 and 2000, was rushed to hospital on March 3 after experiencing an irregular heartbeat.

His doctor noted that the condition was linked to an operation he had five months ago when he had a catheterisation and a stent fitted after suffering from a racing heartbeat.

Fujimori was jailed over two massacres committed by army death squads in 1991 and 1992, in which 25 people, including a child, were killed in a supposed anti-terrorist operation.

He has been in prison since 2007 but has long suffered from breathing and neurological problems, as well as hypertension.

His family has appealed to courts several times to release him on health grounds.