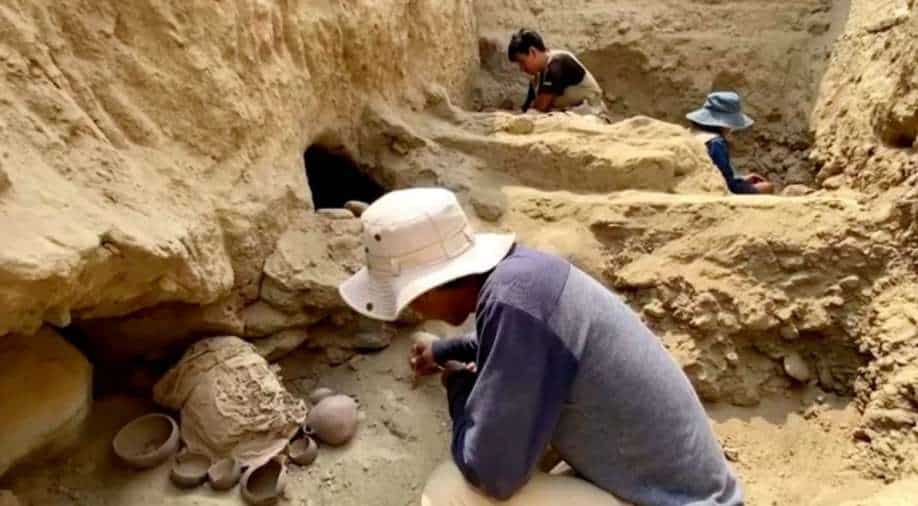 In a recent discovery, a team of Peruvian archaeologists have discovered fourteen pre-Incan mummies. Discovered at the archaeological complex of Cajamarquilla, these mummies are believed to be 800-1000 years old.

The complex is located in the east of Lima.

The mummies were found with objects, including ceramic pots, decorated calabashes, knitting gear and a few other botanical remains.

As per the archaeologists, the children and adults were sacrificed in honour of a prominent figure within the local elite.

She said that her team has found that six of the mummies are children. The rest are adults. Two are confirmed to be women.

Archaeologist and professor at UNMSM Pieter Van Dalen Luna said, "Andine societies believed that after passing away, people didn't disappear. Death wasn't an ending but a beginning, a transition to a parallel world."

She further added, "As part of the funerary rites other people were sacrificed in his honour. They were placed in the tomb's entrance so that they could accompany him in the path of the dead."