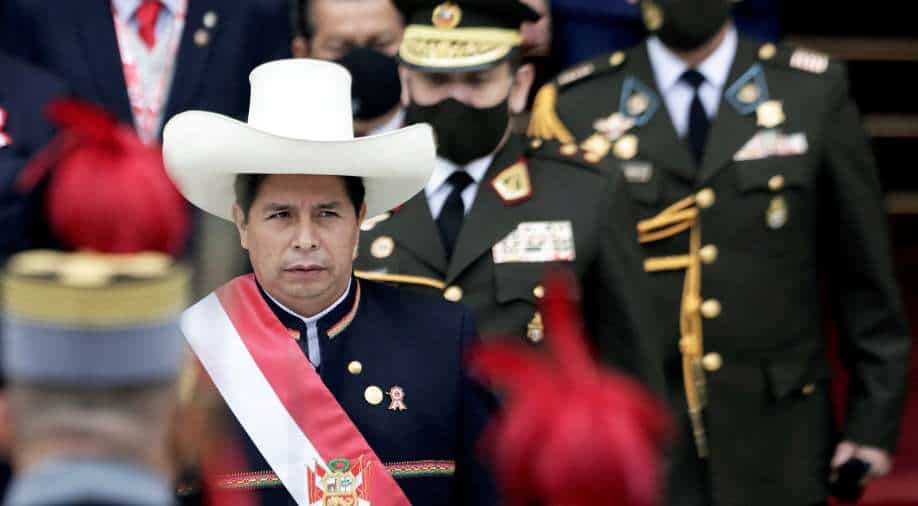 President Pedro Castillo announced the change in a brief television address in which he did not mention Valer Pinto by name.

Peruvian President Pedro Castillo dumped his prime minister on Friday just three days after appointing him, amid outrage over revelations he was accused of domestic violence in 2016.

"I have decided to recompose the cabinet," the president said, meaning Prime Minister Hector Valer Pinto is out.

The leftist Castillo announced the change in a brief television address in which he did not mention Valer Pinto by name.

The opposition and even some cabinet ministers were up in arms about Valer Pinto's continued presence in the government.

When the president names a new cabinet, it will be his fourth since taking power six months ago.

Valer Pinto, 62, first came under pressure Thursday when newspapers reported that in 2016 his wife and university-age daughter reported him for domestic violence.

On Friday, before the president pushed him out, the speaker of congress urged the prime minister to resign.

Valer Pinto responded to the news reports by denying he was an "abuser" and said he was never convicted of domestic violence.

He insisted he would stay on in his job unless congress passed a no confidence motion.