Perpetrators involved in Chabahar terror attack should be brought to justice: India 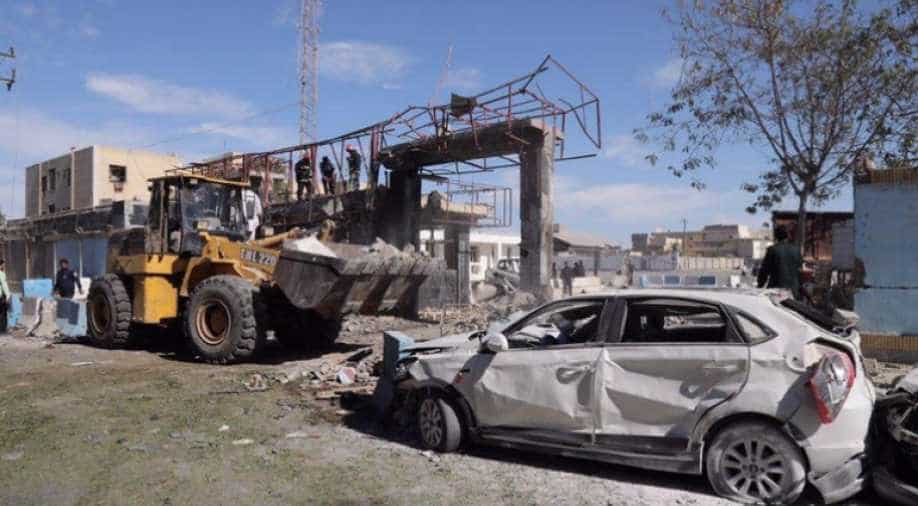 A general view of the scene of a car bombing in front of a police station in the city of Chabahar. Photograph:( AFP )

The port lies in Sistan-Baluchistan province some 100 kilometres west of the Pakistan border.

India today condemned the suicide attack on the Chabahar port in southeastern Iran in which at least three people were killed and several others were injured.

The port lies in Sistan-Baluchistan province some 100 kilometres west of the Pakistan border.

India had signed a deal with Iran two years ago to build special economic zones in the port to facilitate trade. "The explosion was very strong and broke the glass of many buildings close by," Chabahar city governor Rahmdel Bameri said.

Several shops were affected as a result of the blast which wounded women and children. "This terrorist act led to the martyrdom of two members of the police force," the province's deputy governor in charge of security, Mohammad Hadi Marashi said.

"India strongly condemns today's terrorist attack in Chabahar in Iran. We express condolences to the government and people of Iran and families of victims," India's ministry of external affairs(MEA) spokesman Raveesh Kumar said.

"Perpetrators should be brought to justice expeditiously.  There can be no justification for any act of terror," the spokesman added.

Chabahar has recently become the hotbed of conflict between Pakistan-based Baluchi separatists and Sunni Muslims. The strategic importance of the port city can be gauged from the fact that the US recently said it would exempt the port from new sanctions on Tehran considering its value for war-hit Afghanistan.

The US has exempted railway project and Iranian petroleum shipments into Afghanistan from Iran in a move seen as a strategic tie-up with India.