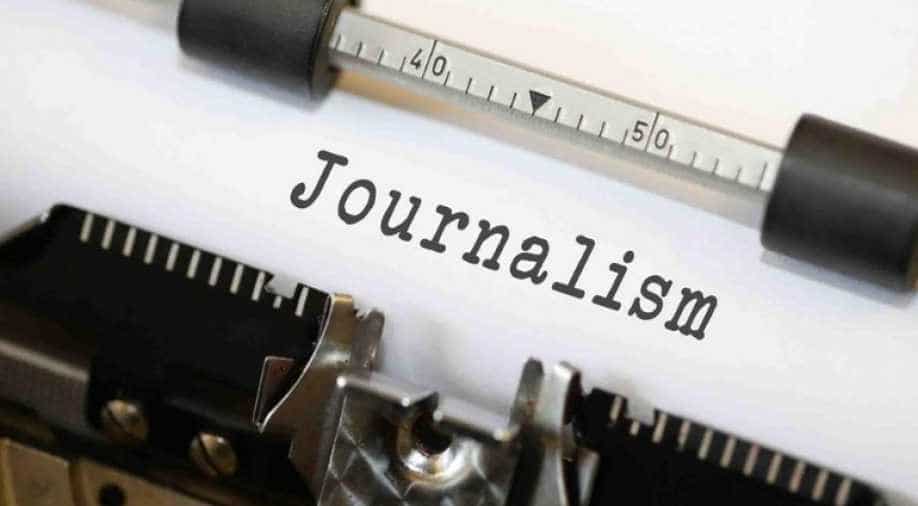 Representational image. As the pitch of rhetoric and counter rhetoric increased over the last few weeks one witnessed the media shredding all ethics and journalistic values while resorting to use of strong language and aggressive posturing in emphasizing their point of view. (Courtesy: The Blue Diamond Gallery) Photograph:( Others )

The 10th edition of the report on digital news found that confidence in news reporting had risen six points to 44 per cent since the start of the crisis.

The pandemic has helped rebuild a little of the confidence lost in the media, and pushed news companies even more towards digital, according to the annual Reuters Institute report published Wednesday.

The 10th edition of the report on digital news found that confidence in news reporting had risen six points to 44 per cent since the start of the crisis.

The figures were based on a series of opinion polls conducted by YouGov in 46 countries, with more than 92,000 participants in total.

The highest rates of trust remained in Finland (65 per cent) while the United States fell to the lowest among the countries covered, at just 29 per cent.

France was a little better at 30 per cent despite an increase of seven points.

"The focus on factual reporting during the Covid-19 crisis may have made the news seem more straightforward, while the story has also had the effect of squeezing out more partisan political news," said lead author Nic Newman.

"This may be a temporary effect, but in almost all countries we see audiences placing a greater premium on accurate and reliable news sources."

The Reuters Institute, based at the Britain's University of Oxford, found increased consumption of mainstream news particularly in countries with "strong and independent public service media".

But it also said printed media remained in steep decline, worsened by the impact on sales and advertising revenue of the pandemic.

This has accelerated the shift towards digital subscriptions, especially in countries where physical sales had stayed relatively high like Germany, Austria and Switzerland.

However, in the roughly 20 countries where newspapers were actively developing their digital sales, only 17 per cent of respondents said they paid for news online, up to two points on last year's report and five compared to 2016.

The number of people paying for news was highest in wealthier countries with traditions of subscribing to physical newspapers, such as Norway (45 per cent) and Sweden (30).

"Given abundant access to free news, publishers will need to develop compelling options to bundle publications or more ways of paying a smaller amount for limited access."

There has been a gradual increase in concern over misinformation, though it varies greatly between countries, from 82 per cent in Brazil to 37 per cent in Germany.

A large majority still want media to be impartial (74 per cent) and believe opposing views should be given a balanced hearing (72 per cent).

The report also found younger generations had weak links to traditional media and were more likely to get their news from social media, aggregators and notifications.

It said TikTok has become an increasingly popular source of news, particularly among younger audiences, in the wake of the pandemic and race protests of 2020, as well as becoming a key way to mobilise political protests in places like Peru, Indonesia and Thailand.