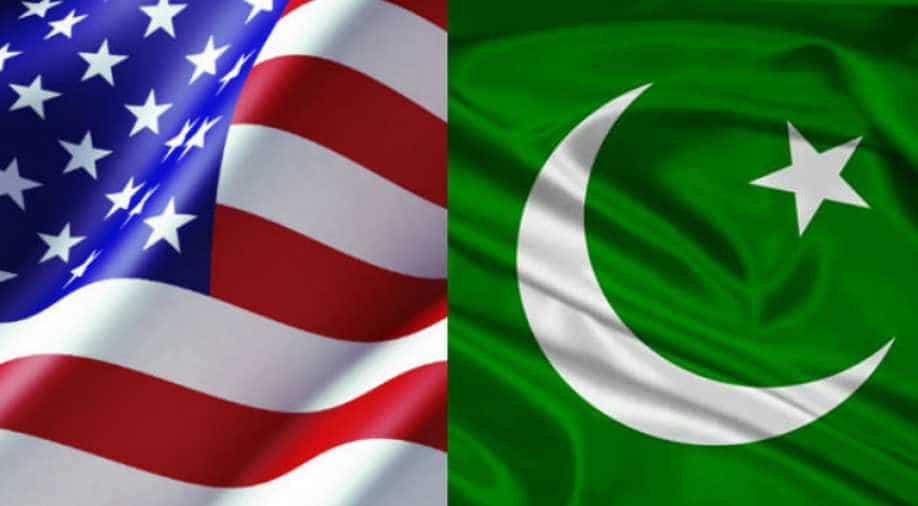 Terrorists have targeted US diplomats and diplomatic facilities in the past, and evidence suggests they continue to do so, the travel warning said, adding that terrorists and criminal groups have resorted to kidnapping for ransom. Photograph:( India.com )

Votel told US lawmakers that Pakistan presents the US with challenges and opportunities in the execution of its South Asia strategy.

Militants operating out of Pakistan and Afghanistan continue to threaten Afghan stability as well as stoke tensions between Pakistan and India, and the US looks to Islamabad to cease behaviour undermining regional stability, a top Pentagon commander said on Tuesday.

During a Congressional hearing of the Senate Armed Services Committee, Commander of the US central Command General Joseph Votel told the lawmakers that Pakistan has taken positive steps to assist Special US Representative of Afghanistan Zalmay Khalilzad in facilitating talks with the Taliban.

But Pakistan "has avoided taking any concrete or irreversible steps such as arresting or expelling Taliban leaders who do not cooperate with reconciliation efforts," he said.

"Militants operating out of Pakistan and Afghanistan continue to threaten Afghan stability as well as stoke tensions between Pakistan and India. We look to regional actors such as Pakistan to cease behaviour undermining regional stability and play constructive roles in achieving peace in Afghanistan as well as the whole of South Asia," General Votel said.

"With our strategic focus on reconciliation and regional security, Pakistan has a unique opportunity to make good on its promises of support to US efforts focused on finding a negotiated settlement to the Afghanistan conflict," the US commander said.

He said that if Pakistan plays a positive role in achieving a settlement to the conflict in Afghanistan, "the US will have opportunity and motive to help Pakistan fulfil that role, as peace in the region is the most important mutual priority for the US and Pakistan".

Pakistan, Votel said presents the US with challenges and opportunities in the execution of its South Asia strategy.

As a state possessing nuclear weapons that sits at the nexus of Russian, Chinese, Indian, Iranian, and US geopolitical interests, Pakistan will always be a country of importance to the US, he noted.

"However, Pakistan's actions are often a source of frustration to the US regional efforts in Afghanistan," Votel said.

The Pentagon's posture with Pakistan involves supporting Department of State as they pursue a diplomatic solution with Islamabad to end the conflict in Afghanistan while ensuring that Pakistan's equities are acknowledged and addressed in any future agreement.

Votel told lawmakers that Pakistan has not taken concrete actions against the safe havens of violent extremist organisations or VEOs inside its borders.

"Similarly, VEOs located in Afghanistan conduct attacks inside Pakistan. This cross-border instability and violence generates tension along both sides of the border," he said.

"The suspension of US security assistance funds to Pakistan remains in place. Meanwhile, some US Pakistan military cooperation activities have continued, demonstrating the importance of military cooperation, despite challenges in the bilateral relationship," the top American Commander said.