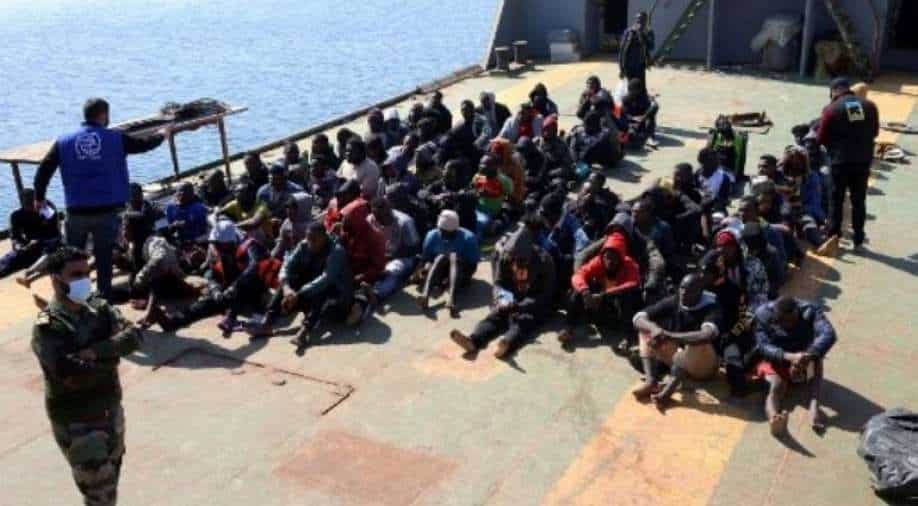 The navy said a first group of 334 migrants, who were on board four inflatable boats, were 'rescued' on Friday

More than 600 migrants hoping to reach Europe from Libya have been stopped since Friday, the navy said, as the International Organization for Migration warned Libya was "not a safe port".

Three groups of illegal migrants were intercepted at sea on Friday and Saturday by Libya's coastguard and units in charge of securing ports, the navy said in a statement, released overnight Saturday to Sunday.

Also read | Migrant boat with 130 aboard capsizes off Libya: NGO

It said the 638 people were mostly citizens from sub-Saharan African nations trying to reach Europe, and they were brought to a naval base in the capital Tripoli ahead of handing them over to an anti-immigration squad run by the interior ministry.

The navy said a first group of 334 migrants, who were on board four inflatable boats, were "rescued" on Friday.

Two other groups, of 132 and 172 people, were assisted separately on Friday and Saturday.

The navy did not say if the boats were sinking or had technical problems.

International agencies have repeatedly denounced the return to Libya of migrants intercepted at sea, due to the chaotic situation in the country and poor conditions in detention centres.

"Today, 172 migrants, including women and children, were returned to Libya by the coast guard," it said.

"Our teams provided emergency assistance to more than 600 migrants intercepted over the past 48 hours, it added.

"We reiterate that Libya is not a safe port".

Libya is a major route for migrants trying to reach Europe via the Mediterranean, and traffickers have thrived in the lawlessness that followed the 2011 overthrow of dictator Moamer Kadhafi.