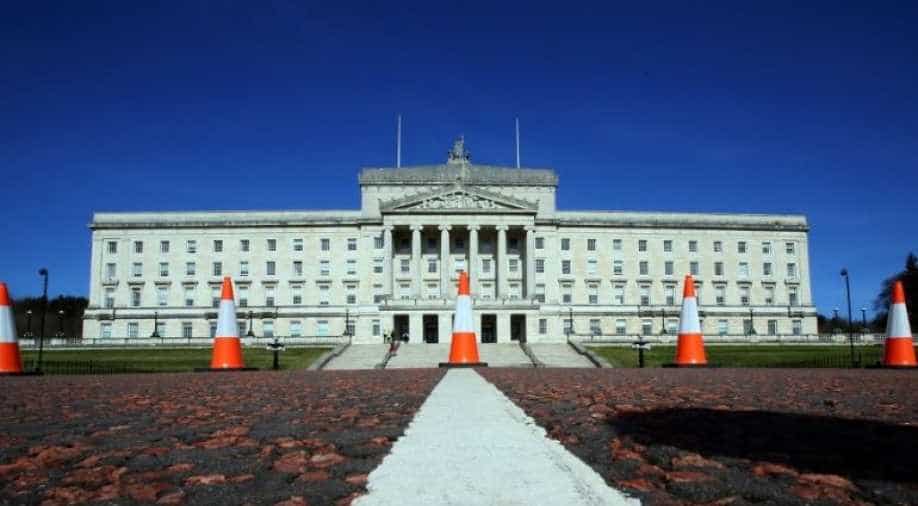 A group of Northern Irish lawmakers will return to their parliament on Monday in a last-minute protest at the liberalisation of abortion laws.

A group of Northern Irish lawmakers will return to their parliament on Monday in a last-minute protest at the liberalisation of abortion laws, set to come into force after being decided by London for the suspended Belfast executive.

The regional government in Belfast collapsed in January 2017 after a scandal over a renewable heating scheme split the power-sharing executive, amid a breakdown in trust.

Abortion is currently illegal in the province, except when the mother's life is in danger.

With the Northern Ireland Assembly not sitting, the British government in July passed legislation forcing the province's laws on abortion and same-sex marriage, which is also illegal, into line with those in the rest of the UK, unless the executive returns by Monday.

However, the return of around 30 of the 90 Northern Ireland Assembly members specifically to discuss abortion law is expected to be symbolic.

The majority of those appearing at Stormont will be members of the conservative Democratic Unionist Party (DUP), led by Arlene Foster.

"They're going to discuss issues which they can do nothing about.  For me, that's all about being dishonest with the public," she said Friday.

Trevor Lunn, an assembly member for the centrist cross-community Alliance party called the bid to recall the assembly "showboating".

"It appears those wanting to go back on Monday are only doing so to try and deny LGBTQ people and women the rights guaranteed to them in the rest of the UK," he said last week.

Celebrations are due in the province to herald the changes in the law.

A mock-wedding event with "a buffet reception, speeches and photo opportunities featuring a wedding cake, flowers and balloons" will take place at lunchtime, the group said in a statement.

Meanwhile, the Women's Resource and Development Agency campaign group is also organising a protest at Stormont against the bid to block the new legislation.

Foster told the BBC the move will give deputies the opportunity to express opposition to the law changes.

"Hopefully we will be able to debate the issue on Monday," she said.