New Saudi energy minister: A royal with decades of experience in OPEC cuts 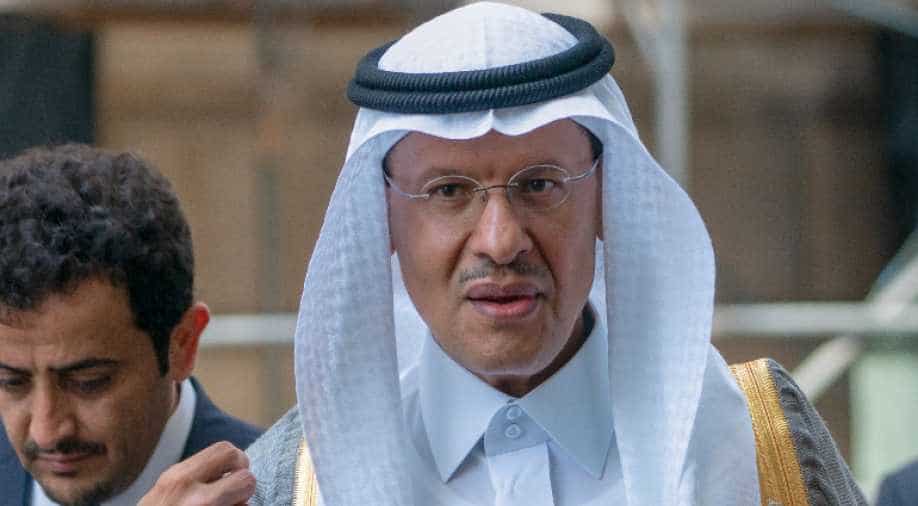 Known in the industry as a good negotiator, Prince Abdulaziz has long experience in cutting deals within the Organization of the Petroleum Exporting Countries (OPEC) and respect among fellow OPEC members can help him implement that drive.

When former Saudi oil minister Ali al Naimi crushed oil prices in 2014 by adding to global oversupply, one man in the kingdom stood firmly against this strategy.

Prince Abdulaziz bin Salman, King Salman's son and a veteran oil official, who on Sunday was named as new Saudi energy minister, is known in the industry for decades of work helping to foster OPEC production cuts.

As he takes the reins at the world's largest oil exporter from Khaled al-Falih, Prince Abdulaziz faces intensifying demands from Saudi royals to prop up oil prices to help ease budget constraints and push through plans to get maximum value from a partial privatisation of state oil giant Aramco.

Known in the industry as a good negotiator, Prince Abdulaziz has long experience in cutting deals within the Organization of the Petroleum Exporting Countries (OPEC) and respect among fellow OPEC members can help him implement that drive.

In 2016, when OPEC agreed to cut oil output, Prince Abdulaziz worked behind the scenes to bring fellow OPEC ministers into an agreement, OPEC sources said.

OPEC and non-OPEC producers later inked their first deal since 2001 to curtail oil output jointly and ease a global glut after more than two years of low prices that overstretched many state budgets.

And when sanctions-hit Iran resisted a push by Saudi Arabia and Russia to increase oil output two years later to meet calls from U.S. President Donald Trump to cool prices, it was Prince Abdulaziz, then minister of state for energy affairs, who helped convince Iranian Oil Minister Bijan Zanganeh to agree to the deal, OPEC sources said.

The prince's appointment caps 10 days of a series of swift changes that stripped Falih of his sprawling authority.

Falih was once seen in the industry and by foreign diplomats as the third most powerful man in Saudi Arabia after the king and Crown Prince Mohammed bin Salman, overseeing more than half the Saudi economy through a super energy and industry ministry.

His loss of power was swift. On Aug. 30, he was stripped of the industry portfolio, removed as chairman of Aramco on Sept. 2 before being replaced as energy minister on Sept. 8.

But Prince Abdulaziz, an older half brother of the Crown Prince, is not expected to change the kingdom's oil and OPEC policies, Saudi officials and analysts say.

"He will focus on enhancing the relationship within OPEC and with non-OPEC producers to strengthen the stability of the international oil market,” a Saudi official told Reuters.

Bassam Fattouh, head of Oxford Institute for Energy Studies and a regular attendee of OPEC meetings, said he believed that the prince's appointment represents "a continuation of existing policy”.

"The Prince has been a key shaper of Saudi oil and OPEC policy for many years," said Fattouh, adding that he has also been a key player in domestic oil policy such as the kingdom's energy pricing reforms, renewables and energy efficiency.

“There is no one in the kingdom who knows more about oil than Prince Abdulaziz," said Ross who said he believed the new minister will stick to production cuts to maximise revenues for Saudi Arabia.

“I expect no policy change - the objective is to deliver higher prices and the IPO for Aramco,” said Amrita Sen, co-founder of Energy Aspects think tank, which closely follows OPEC policies.

The prince's appointment broke with long-held tradition that saw oil technocrats and non-royals overseeing the energy portfolio in the world's top oil exporter.

Saudi Arabia has had five oil ministers since 1960, and none of them has been a royal.

Conventional thinking has been that the ruling Al Saud family has viewed the oil portfolio as so important that giving it to a prince might upset the dynasty’s delicate balance of power and risk making oil policy hostage to princely politicking, Saudi sources and diplomats say.

Some industry insiders say the prince's lengthy experience has overcome what has always been seen as the impossibility of appointing a royal to the post.

"Bright, cosmopolitan, expert on the work of the ministry in which he made his career," said Freeman. "Abdulaziz bin Salman can finally attain the position for which he has been preparing himself for so long."

Prince Abdulaziz, 59, joined the oil ministry in 1987 and worked closely with previous oil ministers Hisham Nazer and later with Naimi as his deputy for years.

Besides delivering extra budget revenue via higher oil prices, the new minister will also have to foster relations with non-OPEC member Russia, which was instrumental in shaping a deal with non-OPEC producers.

Ties between OPEC kingpin Saudi Arabia and Russia have developed since 2016 after the producer group and a number of non-member countries formed the so-called OPEC+ alliance.

Two Russian energy sources said they didn’t expect cooperation to change because both sides are benefiting.

Prince Abdulaziz was also instrumental in formalizing a long-term charter of cooperation between OPEC and non-OPEC exporters which was signed by the countries in June, OPEC sources said. He has also been directly involved in talks with the United States to bring nuclear technology to Saudi Arabia.