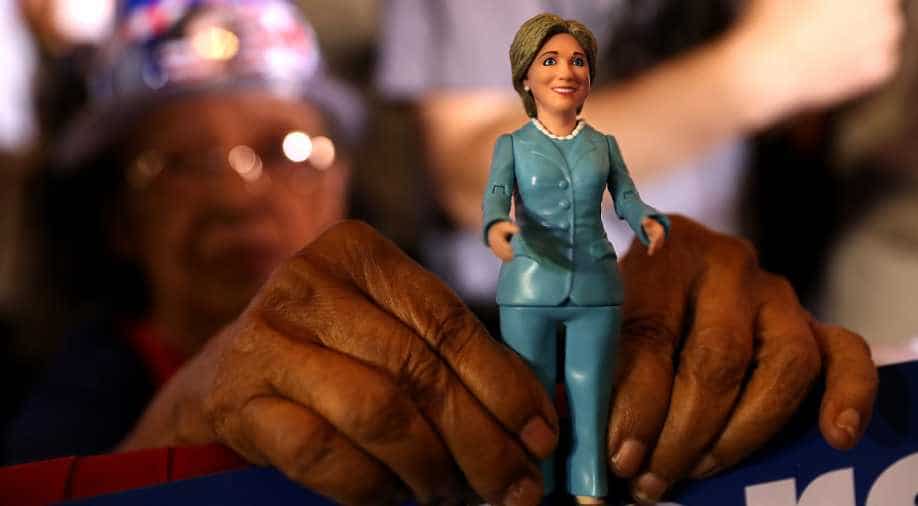 A supporter holds a Hillary Clinton doll during a campaign rally at Broward College on October 25 in Coconut Creek, Florida. Photograph:(Getty)
Follow Us

Although there is no major change in Clinton's overall support, strong enthusiasm among her supporters fell behind Trump in combined Saturday and Sunday interviews.

While Trump's edge was negligible in the Thursday and Friday interviews (53 per cent versus 51 per cent), the Saturday and Sunday interviews pointed to 53 per cent and 43 per cent for Trump and Clinton respectively.

In 2012, at this stage of the elections, 64 per cent of Obama supporters had said that they were "very enthusiastic" about him while Romney was narrowly behind at 61 per cent.

Clinton has a 54-41 per cent edge among early voters in an average of the three most recent tracking poll waves, while Trump leads by a 50-39 per cent margin among those who will vote on Election Day.

A good 38 per cent of senior likely voters said that they had already voted while 18 per cent of middle-aged and 17 per cent of young voters have done so.

Trump has an 18-point edge among political independents, quite higher than what Republicans have held in recent elections.