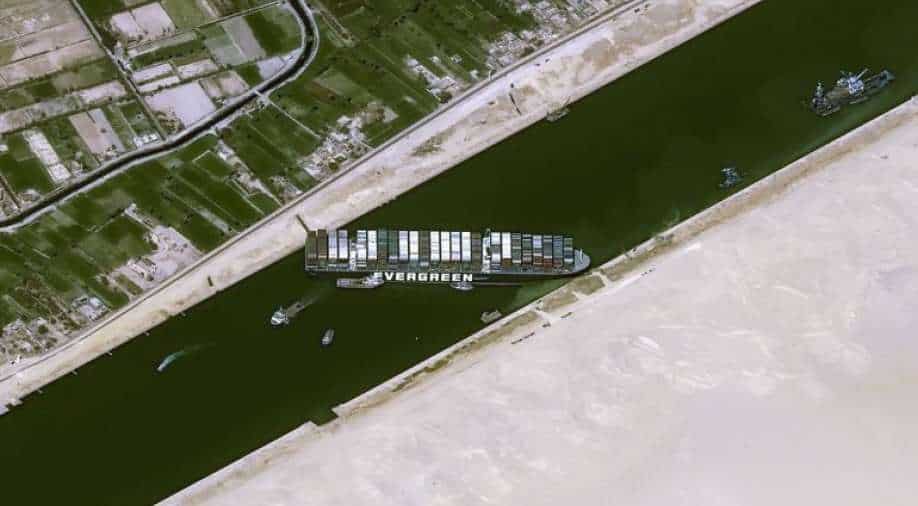 A satellite image shows stranded container ship Ever Given after it ran aground in Suez Canal, Egypt (File Photo). Photograph:(Reuters)
Follow Us

The owners of a giant container ship that blocked the Suez Canal in March have made a new offer in a compensation dispute with the canal authority, a lawyer for the authority said on Sunday, as a court ruling on the case was postponed for two weeks.

The Ever Given container ship has been anchored in a lake between two stretches of the canal since it was dislodged on March 29. It had been grounded across the canal for six days, blocking hundreds of ships and disrupting global trade.

Ever Given's Japanese owners Shoei Kisen and its insurers have disputed the claim and the ship's detention under an Egyptian court order.

Negotiations had been continuing until Saturday, SCA lawyer Khaled Abu Bakr told a court hearing in Ismailia over the ship's detention. The ship's owners had put in a new offer, he said, without giving details.

A court ruling was due on Sunday after several delays, but Shoei Kisen's legal team asked to allow more time for negotiations, one of their lawyers said.

Judicial sources said the case was postponed until July 4 to allow for "friendly settlement" between the parties.

This week UK Club, one of the ship's insurers, said it was engaged in "serious and constructive negotiations" with the SCA, and was "hopeful of a positive resolution to these negotiations in the near future".