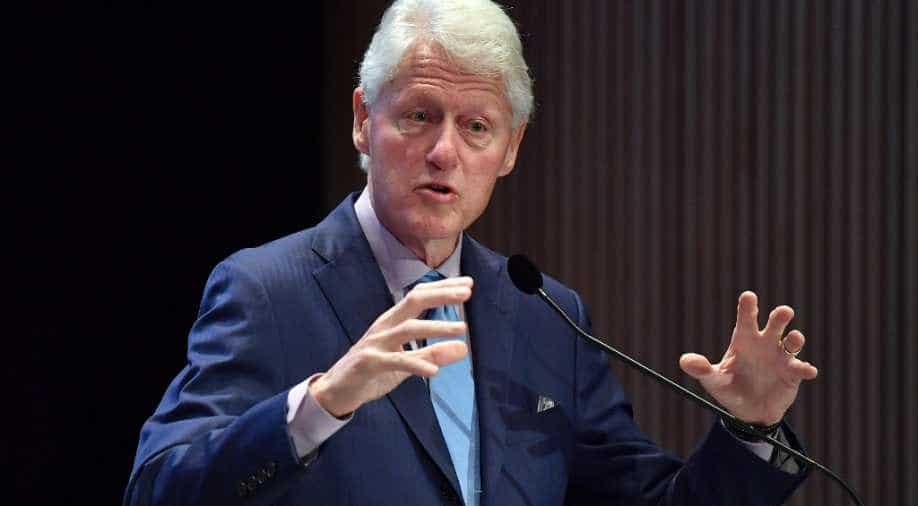 The book further said that Clinton used Epstein 'like everything else'

Former US President Bill Clinton has come under another controversy after a to-be-released book claimed that Clinton had an affair with British socialite Ghislaine Maxwell.

'A Convenient Death- The Mysterious Demise Jeffrey Epstein', which will be released on June 2, claimed that Maxwell and Clinton came close as both of them were in friends with paedophile Epstein.

Also read | I did to manage my anxieties: Bill Clinton on affair with Monica Lewinsky

The book quotes a source who witnessed the relationship as saying, ''(Bill) and Ghislaine were getting it on."

"That’s why he was around Epstein – to be with her."

It further said that Clinton used Epstein "like everything else".

According to the book, the source further claimed that Clinton's primary interest in the convicted sex offender was the woman whom he dated earlier, referring to Maxwell.

The former president was impeached in 1998 for lying to investigators about his affair with White House then intern Monica Lewinsky.

Epstein, a convicted sex offender who was arrested in 2019, committed suicide in New York jail last year in August.