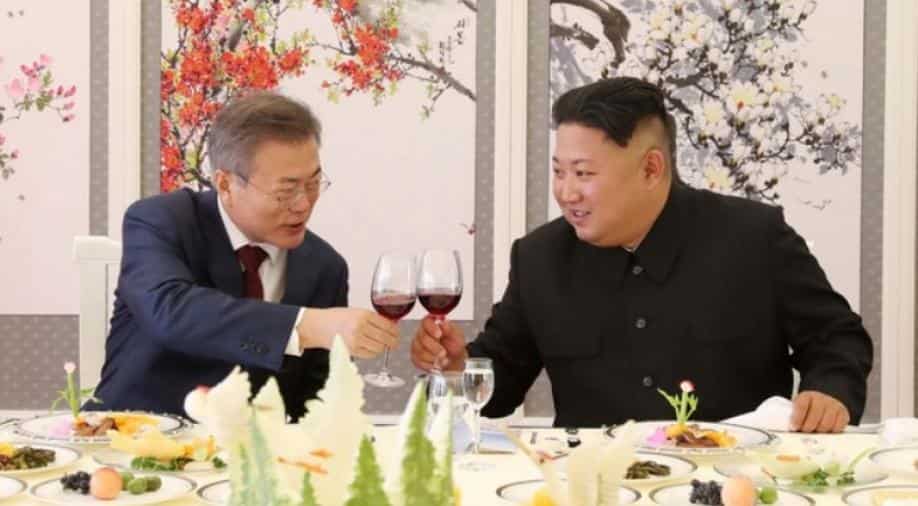 Moon is to meet president Emmanuel Macron on Monday.

Kim and US President Trump pledged at a landmark summit in Singapore in June to work towards denuclearisation. But the agreement was short on specifics and talks have made little headway since, with the North refusing to declare its nuclear weapons and facilities or agree to a concrete timeline.

"This year I have discussed in depth with Kim for hours. These meetings have convinced me that he has taken the strategic decision to abandon his nuclear weapon," Moon told Le Figaro in an interview before a state visit to Paris.

Moon is to meet President Emmanuel Macron on Monday.

While Pyongyang has stopped nuclear and missile tests this year, it failed to keep its promise to allow international inspections of its dismantling of the Punggye-ri site in May, stirring criticism that the move could be reversed.

But Moon said Kim was "sincere, calm and polite" and "felt frustrated by the international community's continuing mistrust".

"It is now time to respond to these efforts that were hard to agree to," Moon said. "We need to assure Kim Jong Un that he took the right decision in deciding to denuclearise and we need to accompany him in his wish for a durable and solid peace."

Washington wants concrete action, such as a full disclosure of North Korea's nuclear and missile facilities, before meeting Pyongyang's demands, including an official end to the Korean war and the easing of international sanctions.

Moon said he hoped another Trump-Kim summit would allow the two leaders to go further than the statements they made at their first meeting in Singapore.

"Declaring an end to the Korea war would be a start to establishing a regime of peace," he said, also calling for the United States to take "reliable corresponding measures to guarantee the security of the regime".

"We could also in the future discuss the easing of sanctions, in accordance with progress on denuclearisation," he added.