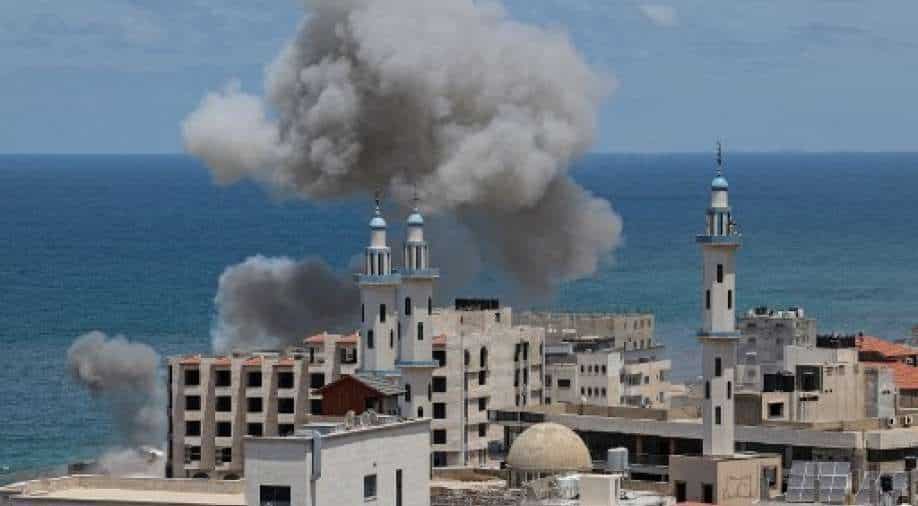 Israel continued to bomb Gaza with Palestinian militants reportedly firing over several rockets towards Israel as the conflict entered its second week.

Amid continued fighting between Israeli forces and Hamas, US secretary of state Anthony Blinken on Monday asked Israel to provide "justification" for the strike on media building while asking for details.

Israel on Saturday had attacked the AP news agency and Al Jazeera offices and PM Netanyahu had asserted that it hosted a Palestinian "terrorist intelligence office", while stating that "it was a perfectly legitimate target".

Israel's army informed that Palestinian militants had fired 60 rockets overnight as Israel continued its airstrikes with at least three Palestinians killed in the latest strikes.

Blinken on Monday urged Israel and Palestinians to "protect civilians, especially children" with the fighting showing no signs of abating.

"We'll continue to conduct intensive diplomacy to bring this current cycle of violence to an end" and "we are ready to lend support, if the parties seek a ceasefire", the US secretary of state said.

The Israeli army said it was targeting "high-ranking" Hamas commanders pointing their missiles towards their homes including Hamas underground tunnels.

At least 42 Palestinians have been killed in Gaza, according to officials with the death toll rising to 198 including 58 children, the officials added that 1,200 people have been wounded.

In Israel, officials said 10 people have been killed and 294 injured after Hamas fired rockets at the country.

PM Netanyahu said "campaign against the terrorist organisations is continuing with full force" and "would take time to finish".