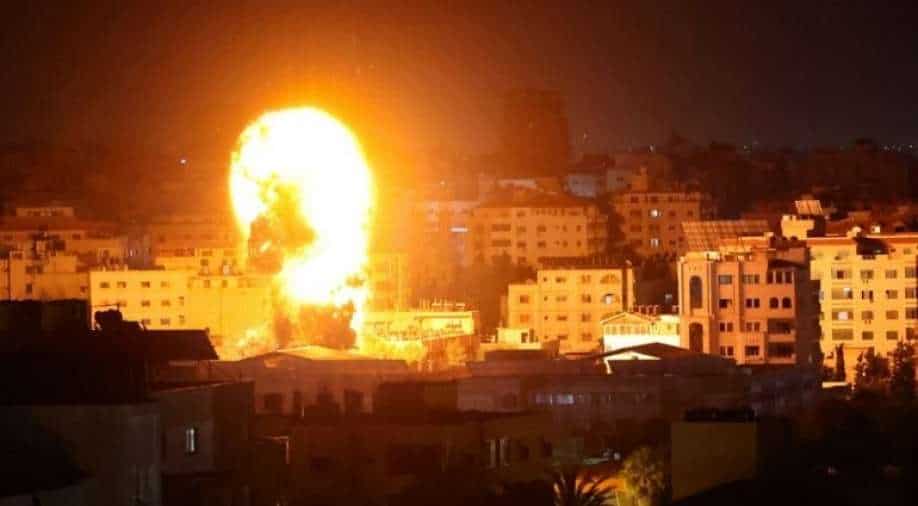 Israeli airstrikes on the Palestinian enclave continue early morning as health officials say at least 197 civilians, including 58 minors, have so far been killed.

More than 250 wounded people were evacuated to Egypt for treatment, according to medical and border sources.

Israeli airstrikes on Gaza City flatten three buildings and kill at least 42 people on Sunday, as reported by Aljazeera news.

Gaza health authorities said 40,000 people had been displaced from their homes, and the head of the UN agency for Palestinian refugees, Philippe Lazzarini, announced over 40 of UNRWA's schools had been converted into shelters.

The home of Gaza's Hamas chief, Yehya al-Sinwar, was also targeted, as reported by Aljazeera news.

The United Nations Security Council met on Sunday to discuss the worst outbreak of violence in years in Palestine and Israel.

US President Biden conferred with Netanyahu and Mahmoud Abbas, president of the Palestinian Authority, about efforts to broker a cease-fire. While supporting Israel's right to defend itself from rocket attacks by Hamas militants, Biden urged Netanyahu to protect civilians and journalists.

Over the past week, the 15-member U.N. Security Council met privately at least twice to discuss ways of reducing tensions. But efforts to reach an agreement on a statement or to hold an open meeting had faced resistance from the United States, Israel's biggest defender on the council.

Even before Sunday morning's attack, Israeli airstrikes had intensified over the weekend, with an attack on a house in a refugee camp in Gaza that killed 10 members of an extended family, including women and children, and another that destroyed a high-rise that housed media outlets of Al Jazeera.

The cross-border fire has sparked inter-communal violence between Jews and Arab-Israelis, as well as deadly clashes in the occupied West Bank, where 19 Palestinians have been killed since Monday.

A rocket on Sunday damaged a synagogue in the southern Israeli city of Ashkelon, shortly before prayers for the Shavuot Jewish holiday.