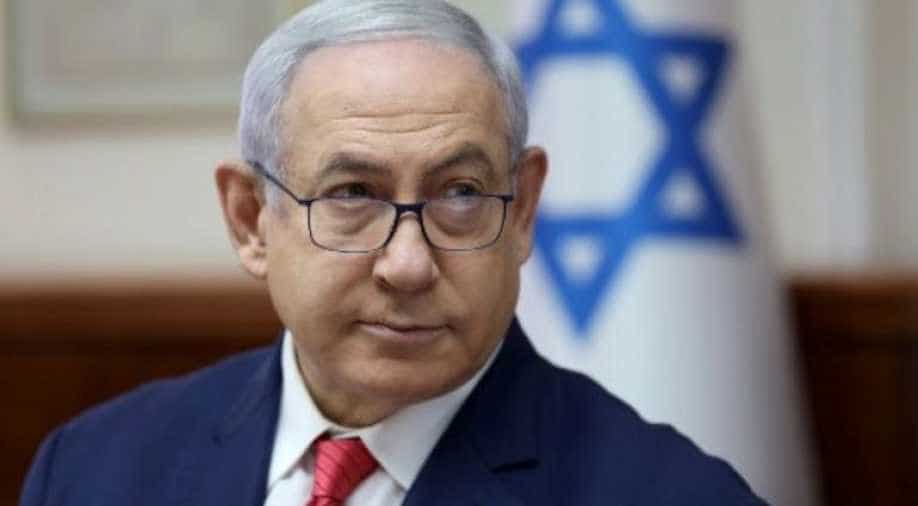 On Saturday (May 15), an Israeli attack flattened building in Gaza that housed the media offices of Al-Jazeera and The Associated Press

Israel Prime Minister Benjamin Netanyahu on Sunday defended Israel's attack on Gaza tower housing Al-Jazeera and The Associated Press offices. He called the attack "perfectly legitimate attack'. His comments are sure to attract criticism for Israel which is already facing global heat.

"An intelligence office for the Palestinian terrorist organization (was) housed in that building that plots and organizes the terror attacks against Israeli civilians," Netanyahu told CBS News.

"So it is a perfectly legitimate target. I can tell you that we took every precaution to make sure that there were no civilian injuries, in fact, no deaths."

On Saturday (May 15), an Israeli air attack flattened the building in Gaza that housed the media offices.

The attack sent alarm bells ringing across world that is already voicing concern about the escalating Israel-Palestine violence. The attack on media houses elicited a response even from the US, a strong ally of Israel. The US on Saturday asked Israel to protect the journalists.

"Hamas misjudged the strength of our response," said Aviv Kochavi, the army's chief of general staff, saying Gaza had since been enduring an aerial bombardment of unprecedented "intensity".

Israel alleged that violence by Hamas was 'premeditated'.

"It was completely premeditated by Hamas in order to gain political power," said Israel's ambassador to the world body, Gilad Erdan. He was speaking during a session called by United Nations Security Council (UNSC) on the crisis.

Hamas said its rocket fire into Israel was in response to Israeli forces' entry into the Al-Aqsa mosque compound in Jerusalem, amid high tensions over moves to evict Palestinian families in the city.

"Do you really believe that this property dispute is what caused Hamas to launch these large-scale attacks on the people of Israel?" Erdan said.