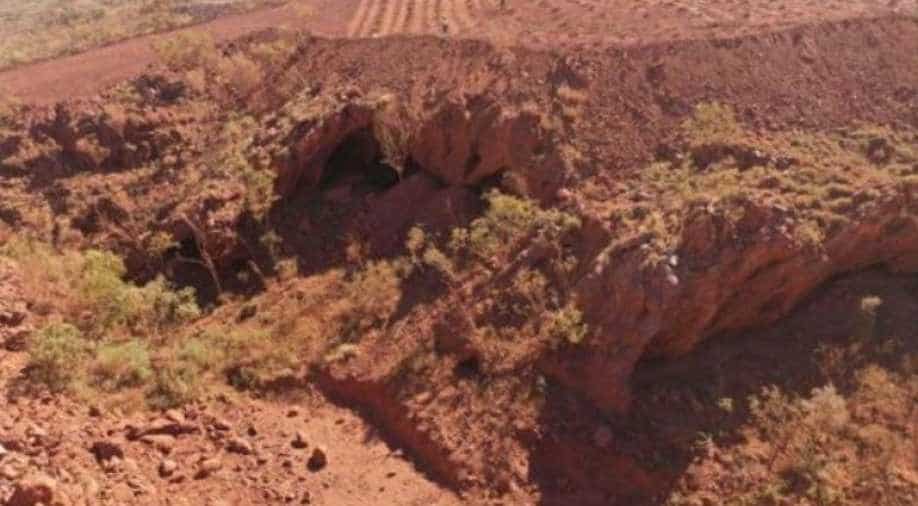 This mining company is one of the largest with vast operations in Australia. The iron ore mines contribute more than half of its total revenue.

Mining company Rio Tinto has issued an apology after blowing up a 46,000-year-old sacred indigenous site with dynamites to expand Australia's iron ore mine.

This mining company is one of the largest with vast operations in Australia. The iron ore mines account for more than half of its total revenue.

The site they blew up was situated in Juukan Gorge, in Western Australia state's resource-rich Pilbara region. It had two cave systems which consisted of artefacts indicating tens of thousands of years of continuous human occupation.

According to CNN, grinding stones, a bone sharpened into a tool and 4,000-year-old braided hair were among almost 7,000 relics that had been discovered at the site.

The site was demolished despite a seven-year legal battle by the local custodians of the land, the Puutu Kunti Kurama and Pinikura People, to protect the site.

The CEO of Rio Tinto Iron Ore, Chris Salisbury issued a statement on Sunday, which read: "We pay our respects to the Puutu Kunti Kurama and Pinikura People (PKKP)."

"We are sorry for the distress we have caused. Our relationship with the PKKP matters a lot to Rio Tinto, having worked together for many years," the statement said.

"We will continue to work with the PKKP to learn from what has taken place and strengthen our partnership. As a matter of urgency, we are reviewing the plans of all other sites in the Juukan Gorge area."

"At Juukan, in partnership with the PKKP, we followed a heritage approval process for more than 10 years. In 2014 we performed a large-scale exercise in the Juukan area to preserve significant cultural heritage artifacts, recovering approximately 7,000 objects," it added.

Australia's Federal Indigenous Affairs Minister Ken Wyatt condemned the "destruction" and said that it should not have occurred and ensure that it does not happen again.

He said: "The West Australian State Government needs to ensure that their legislation and approvals processes protect our Indigenous cultural heritage. It seems quite clear, that in this instance, the legislation has failed."