Melania Trump’s legacy: Missteps, mystery and, in the end, absence 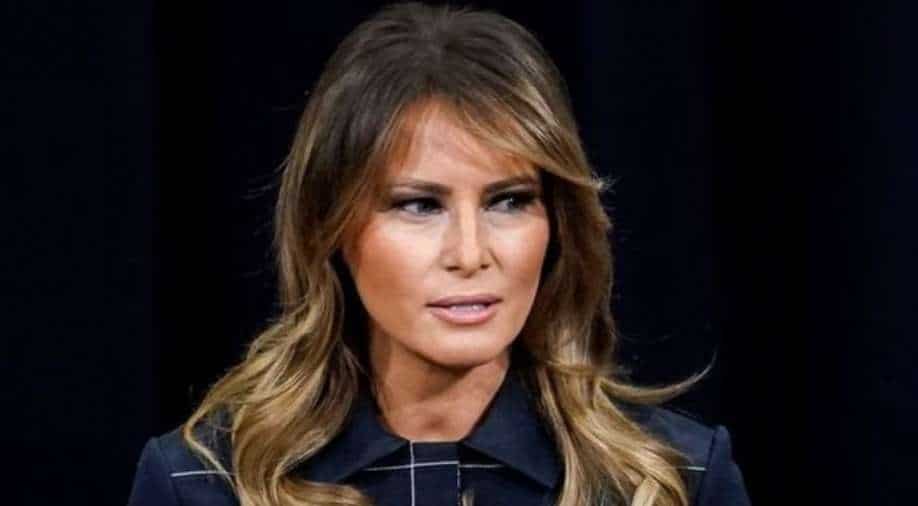 Melania Trump was never comfortable in Washington, people who knew her said, and it showed

Melania Knauss Trump came to her role as first lady as an enigma. No one knew how the former Slovene model who became Donald Trump’s third wife would adapt to the role her predecessor Michelle Obama had redefined.

Even as Melania Trump’s husband ignored the traditions of his predecessors, she at first tried to follow hers after arriving in Washington from New York months after Donald Trump: hiring a staff, talking about child care as the mother of a young son, and finding her own causes while any attention she got tended to be for the designer clothes she wore at every public appearance. 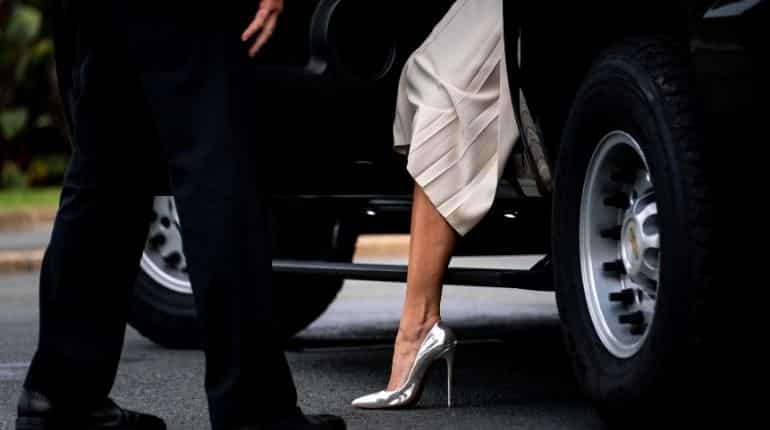 FILE -- First lady Melania Trump steps out of a vehicle for the opening dinner of the G-7 summit in Biarritz, France on Aug. 24, 2019. After four weathering years of tumult, what was most memorable at the end was not how different Melania Trump seemed from her husband, but how similar she was to him. (Erin Schaff/The New York Times)

But as the years went by, her efforts lost steam, undermined by a series of public spectacles created by her husband as well as her own self-inflicted public relations disasters and the hostility she felt from the media. Like the president, she began to pay less attention to traditional niceties, most memorably when leaked expletive-filled audio surfaced of her saying how much she could not stand the White House Christmas decorations. 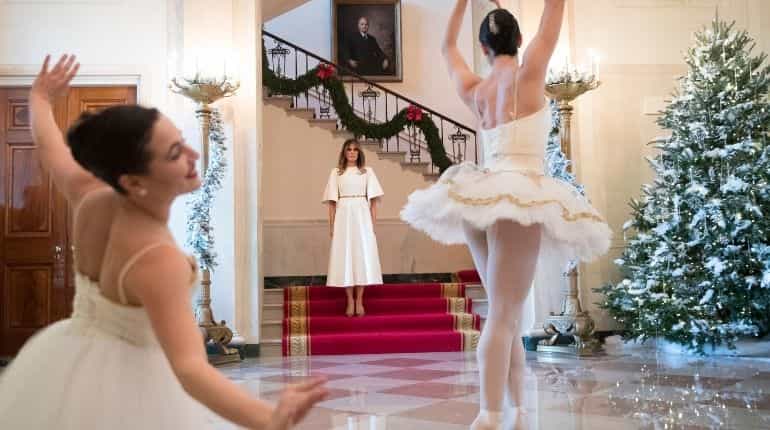 FILE -- Ballerinas perform as first lady Melania Trump arrives to meet with children from Joint Base Andrews at the White House on Nov. 27, 2017. After four weathering years of tumult, what was most memorable at the end was not how different Melania Trump seemed from her husband, but how similar she was to him. (Tom Brenner/The New York Times)

Described by White House officials as in a state of shock after the election, Melania Trump joined with her husband in insisting that he had actually won. But by the new year, she was house-hunting in Florida and was emotionally checked out well in advance of the mob’s attack on the Capitol and the day that her husband’s false claims were finally put to rest.

She never reached out to the incoming first lady, Jill Biden, about transition matters, and made no effort to give her a tour of the White House, as is customary for departing first ladies. Instead, Melania Trump focused on packing up the White House, even as her husband has tried to make time standstill.

After weathering four years of tumult — reports of her husband’s infidelity, a kidney condition that required a hospital stay and never-proven rumours that she did not even live at the White House — what was most memorable at the end was not how different Melania Trump seemed from her husband, but how similar she was to him. 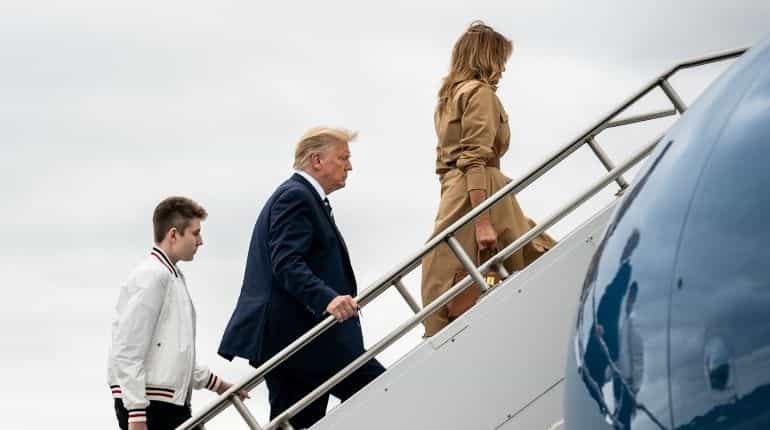 FILE -- President Donald Trump, first lady Melania Trump, and their son, Barron Trump, board Air Force One at Morristown Municipal Airport in Morristown, N.J., Aug. 16, 2020. After four weathering years of tumult, what was most memorable at the end was not how different Melania Trump seemed from her husband, but how similar she was to him. (Erin Schaff/The New York Times)

Last week, as the nation reeled after the Capitol riot, Melania Trump used her platform partly for payback.

She lamented that "salacious gossip" had been spread about her, leaving most people confused about what she was talking about. It turned out to be Stephanie Winston Wolkoff, a former aide who published an unflattering tell-all book about their relationship and who released audio recordings.

A spokesperson for Melania Trump did not respond to questions Tuesday.

“I find it shameful that surrounding these tragic events there has been salacious gossip, unwarranted personal attacks and false misleading accusations on me — from people who are looking to be relevant and have an agenda,” Melania Trump wrote in a statement released on the White House’s official website.

On Monday, Melania Trump struck a different tone in what amounted to a farewell video. She promoted her time as the first lady, and her nascent platform, Be Best, again asking the rest of the country to uphold ideals that her husband has spent four years ignoring.

“Use every opportunity to show consideration for another person,” Melania Trump said. “In all circumstances, I ask every American to be an ambassador of Be Best. To focus on what unites us, to raise above what divides us, to always choose love over hatred, peace over violence, and others above yourself.”

Melania Trump’s friends say that she is a better person than the country ever saw, who at times tried unsuccessfully to be a moderating influence on her husband and was angered by how he handled their final months in the White House.

“Melania is and will continue to be the most popular Trump,” Kellyanne Conway, the former counsellor to the president, said in an interview. “She will use her platform for the good of others. As first lady, she was fully engaged, but not overexposed. There remain a curiosity and a mystery about her.”

But publicly she has shown a side that critics felt could be confoundingly callous and, like her husband, dramatically self-pitying. In 2018, while returning from a visit to a Texas border town to meet detained migrant children, Melania Trump made what turned out to be her most explicit fashion statement, wearing a jacket emblazoned with the phrase, “I really don’t care. Do U?”

Months later, Melania Trump tried to explain her choice in an interview, only to refer to herself as “the most bullied person in the world” during a misstep-laden trip to Africa. Her reputation never recovered from that episode. While at several points in her husband’s presidency, the first lady enjoyed higher popular ratings than he did, the bursts in popularity never lasted long.

“I think she never came out from under the shadow of her husband for a variety of reasons,” said Katherine Jellison, a history professor at Ohio University who studies first ladies. “The times that she attempted to define a more independent identity from him just didn’t seem to have staying power.” 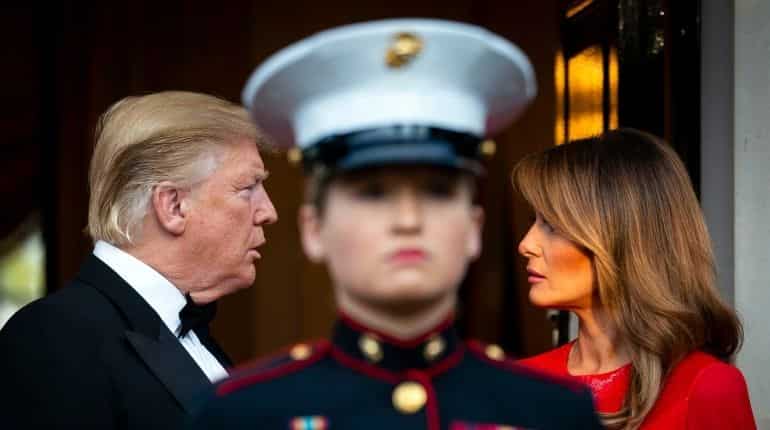 FILE -- President Donald Trump and first lady Melania Trump converse while waiting to receive Prince Charles and Camilla, the Duchess of Cornwall, as their guests for dinner at Winfield House, the residence of the U.S. ambassador, in London on June 4, 2019. After four weathering years of tumult, what was most memorable at the end was not how different Melania Trump seemed from her husband, but how similar she was to him. (Doug Mills/The New York Times)

Melania Trump was never comfortable in Washington, people who knew her said, and it showed. She began the presidency frightened by the personal security risks associated with it, friends said, and she tailored her relationship with the public accordingly. Efforts to find a staff for her were tense at first; she briefly considered Kayleigh McEnany as her own spokesperson, but the first lady did not care for her, administration officials said at the time.

Instead of forging lasting relationships with the Washington establishment, the first lady always seemed to see her status as temporary, and to the extent, she liked the relocation, it was because her teenage son, Barron, was happy, family friends said.

“I think she was a reluctant first lady and she did it for her husband,” society publicist R. Couri Hay, who was an acquaintance of Melania Trump’s in New York, said in an interview. After she leaves Washington, he added, “I think that you will find that she will be even less visible, and less available.”

In the end, if she is not remembered for her physical and emotional absence, Melania Trump’s most lasting contributions could be the aesthetic changes she oversaw in the White House.

The updates were meant to make life in the White House more functional for the first family and their visitors, if not the visiting public: One design choice involved embossing balls in the White House bowling alley with the phrase “The President’s House.”

In a message posted to the White House website on Monday, Melania Trump said that during her time at the White House, she ordered the restoration of an elevator, the repair of wallpaper in the Family Dining Room and — in the middle of the pandemic — the revamping of the Rose Garden.

Melania Trump is keeping a White House adviser, Marcia Lee Kelly, to help her in the post-presidency, but for now, she is focused on looking for a suitable place to live around the Jupiter, Florida, area and in Palm Beach, people briefed on the search said. And her involvement with the Trump presidency is not over — she is expected to be involved in the design of Donald Trump’s presidential library, which the president has described as a job for Melania Trump and his eldest daughter, Ivanka Trump.

But when she leaves Washington on Wednesday, Melania Trump risks being remembered as the first lady who showed up to Washington late and left early — in every meaningful sense.

“She’s the reluctant first lady at best,” Hay said. “Quite frankly, I think America should just let her go.”