Manchester Arena attack: Amid the horror, the strength of an incredible city took hold 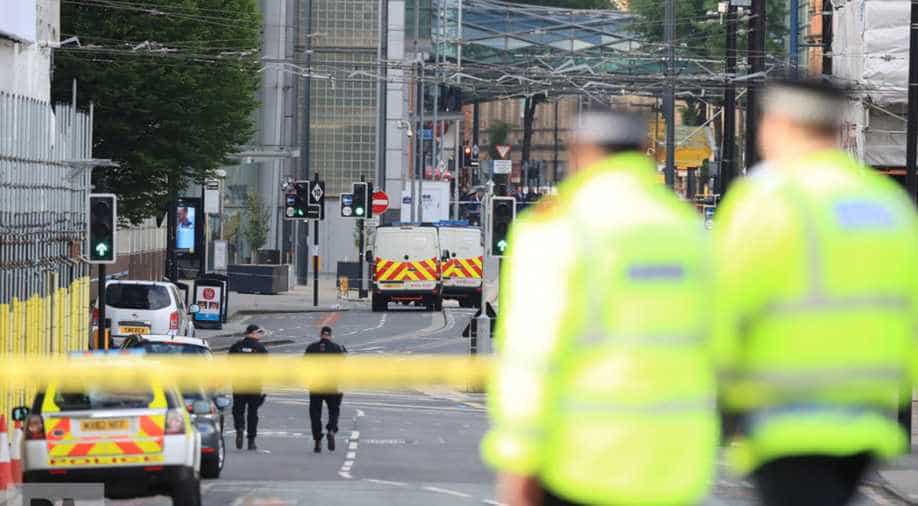 Manchester, the morning after the attacks. Photograph:( Others )

The attack was the day that we had

The attack was the day that we had been warned about by security services. The day we hoped wouldn’t happen. But it happened here. In Manchester, at the Manchester Arena where young girls, known as “Arianators” – after their idol, the singer Ariana Grande – were having the night out they had been waiting for for months.

But at 10.30pm a man calmly walked into the foyer, when he knew people would be leaving the concert, where he knew they would be buying merchandise from the stalls, and he detonated a suicide vest. A suspected nail bomb.

According to witnesses, in the first few seconds after the blast, there was an absolute eerie silence. Then chaos, panic and deafening screams as people ran for safety.

Within minutes, police confirmed there had been fatalities, but for hours no one knew the extent of them. As light dawned, however, the awful reality became apparent – 22 dead and 59 injured at the time of writing. The numbers are likely to rise.

What is becoming increasingly apparent is that many of the dead and injured will be children. Young girls mainly, out for a treat on a school night – lives cut cruelly short.

There are still dozens of teenagers missing and the desperate voice of Charlotte Campbell, pleading for anyone with news of her 15-year-old daughter Olivia, will haunt all who heard her.

I’ve called the police. There’s no news, I’ve just got to wait. I’m waiting at home just in case she turns up here. She’s out there on her own. If anybody sees Olivia, lend her your phone, she knows my number. I just want her home.

Charlotte is not the only person, frantic and desperate to find loved ones today, to hear news that they are safe and well.

Throughout the night of the attack, on radio stations and TV channels, there were countless stories of terror, fear and sadness, amid the endless sirens and the flashing lights of the emergency services, as they fought to save lives.

But as the minutes past, the strength of this incredible city of Manchester took over. Social media was alive, not with recriminations and hatred, but with offers of help: “a bed for the night”, “a lift home”, “free taxi rides”.

Taxis in Manchester are offering FREE rides home for anyone stuck in the Manchester Arena area. Let your friends/family know.

Anyone needing somewhere to stay can come to our Manchester headquarters in the city centre.

And of course, this being Manchester, the offer of: “an unlimited supply of tea”.

#RoomforManchester if anybody needs somewhere to stay - we have plenty of spare beds & blankets + an unlimited supply of tea. Please DM.

#roomformanchester in fallowfield, house of 7 girls, have a double bed, sofas and tea pls contact if you need any help x

People also offered their phone chargers so anyone with a flat battery could recharge to let their friends and family know they were safe.

I live 5 mins from the Manchester Arena. I have sofa bed, food/drink and phone chargers if anyone needs any help #roomformanchester

Tremendous human beings wanted to help, in any way – big or small – they could. Hotels across the city took children in who had been separated from their parents, and hundreds of shared Facebook and Twitter messages helped to reunite them.

The Archbishop of Canterbury Justin Welby summed up the strength of the city in a tweet:

Heroic Manchester, dark evil cannot overcome it. We pray for those in sorrow on the hard journey of loss & pain, & for those who protect us

The country and the city will continue to come together, united in their support for each other, and in typical British style, life will go on. People will go to work and children will go to school. As one head teacher put it in an email to parents today:

Normality is a comfort in difficult times.

But we must brace ourselves for what will inevitably emerge in the coming days. As the identities of the victims, some of them children, are revealed and we see their innocent faces, the true horror of this attack will hit us. And what then?

Right now, the government and the security services are seeking to establish what happened, how and why.

There will, of course, be calls for calm, and for recriminations, and numerous political soundbites will echo around the world. But what we hope is that the spirit of Manchester – a proud, multicultural, vibrant and tolerant city – will recover by coming together.

Cheetham is Lecturer and Visiting Fellow in Journalism, University of Salford