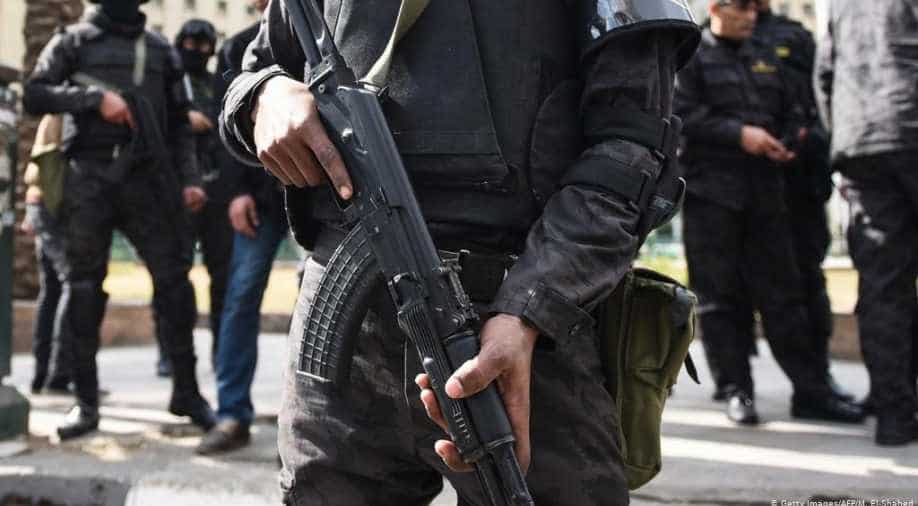 Medical sources at Al-Ayat hospital in Giza, outside the capital Cairo, said "a man's body bearing birdshot wounds to the face and chest arrived at the hospital overnight Saturday".

An Egyptian man was killed overnight Saturday in clashes between protesters and police during a demonstration in a village south of Cairo against President Abdel Fattah al-Sisi, family and medical sources said.

Small anti-government protests have taken place in recent days in a handful of villages in several areas of the North African country, according to videos shared widely on social media, especially by sympathisers of the outlawed Muslim Brotherhood group.

Medical sources at Al-Ayat hospital in Giza, outside the capital Cairo, said "a man's body bearing birdshot wounds to the face and chest arrived at the hospital overnight Saturday".

A relative of the deceased, named as Samy Wafqi, told AFP he was fired on "during clashes with the police who were dispersing a demonstration calling for Sisi's ouster" in a village in Giza.

A security source denied police fired birdshot on protesters, saying only tear gas was used to disperse the rally.

The source added that an investigation was launched into the killing.

Prominent rights lawyers said on Facebook that more than 150 people were arrested in the demonstrations.

The country has also since 2017 been under a renewable state of emergency, which rights groups say has allowed the government to crush dissent.

The small protests coincided with mounting anger, particularly in rural and low-income areas, against sweeping government campaigns to stop illegal construction, which have required people to pay fines to legalise ownership of their homes.

In recent weeks, a call also went out from exiled businessman Mohamed Ali, urging people to take to the streets against Sisi and his government.

Ali, a construction contractor and fledgeling actor, had burst onto Egypt's political scene last year when videos he posted on social media accusing Sisi and the military elite of corruption went viral.

On September 20, 2019, hundreds took to the streets in Cairo and other parts of the country in response to Ali's calls, drawing a heavy-handed response from security forces.

Rights groups said at the time that some 4,000 people were arrested, including well-known academics, activists and lawyers.