Libya: 141 killed in attack on airbase 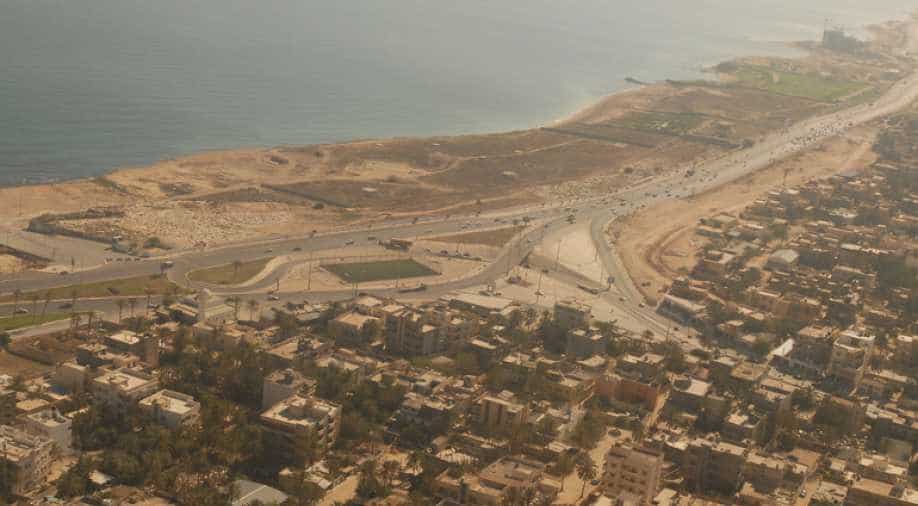 The UN envoy to Libya earlier on Friday voiced alarm at reports of the attack on the base, 650 kilometres (400 miles) south of Tripoli. (Representative image) (Image source: Flickr) Photograph:( Others )

An attack on an airbase in south Libya has killed 141 people, mostly soldiers loyal to military strongman Khalifa Haftar, a spokesman for his forces said on Friday.

Members of the Third Force militia loyal to the UN-backed Government of National Accord in Tripoli on Thursday attacked the base used by Haftar's self-proclaimed Libyan National Army (LNA), military sources said earlier.

LNA spokesman Ahmad al-Mesmari late Friday said the victims included civilians who worked at the Brak al-Shati airbase or were in the nearby area, also reporting that summary executions took place.

"The soldiers were returning from a military parade. They weren't armed. Most of them were executed," he said.

The GNA said in a statement late Friday a commission of inquiry had been set up to investigate the attack.

It said it had decided to suspend its defence minister, al-Mahdi al-Barghati, and the head of the Third Force from their duties until those responsible were identified.

Both the GNA and defence ministry earlier condemned the assault and said they had not ordered any such action.

The unity government, the rival administration in eastern Libya and their respective backers are battling for influence in the North African country which has been wracked by chaos since the fall of dictator Moamer Kadhafi in 2011.

The LNA does not recognise the authority of the GNA, and instead supports the rival authorities based in the east.

The UN envoy to Libya earlier on Friday voiced alarm at reports of the attack on the base, 650 kilometres (400 miles) south of Tripoli.

"I am outraged by reports of significant numbers of fatalities, including civilians and by reports that summary executions may have taken place," UN envoy Martin Kobler said in a statement.

"Disgusted by attack on Brak al-Shati & reports of mass executions. Perpetrators must be brought to justice," he wrote on Twitter.

The incident at the base in Wadi al-Shati district comes a month after an attack by the LNA on the Tamenhant airbase controlled by the Third Force near the south's main city of Sebha.

That attack was called off after a reconciliation meeting between Haftar and unity government head Fayez al-Sarraj in Abu Dhabi on May 2.

The speaker of the eastern-based parliament, which is supported by the LNA, accused the Misrata-based Third Force of a "serious breach of the truce agreement reached in Abu Dhabi".

Aguila Saleh said there were a "number of martyrs" in LNA ranks, without giving a figure.

The speaker said he had given orders for the armed forces "to take the measures necessary to respond to the assault and defend the south and cleanse it of all outlaw militias".

In Tripoli, the GNA called for an immediate ceasefire in the south, where tribes and militias vie for control of lucrative smuggling routes with neighbouring Chad, Niger and Sudan.

"We hope reason will prevail and that the escalation and provocation will stop," it said.

The unity government's defence ministry laid the blame on "those who started bombing Tamenhant base with warplanes and tanks", referring to Haftar's forces.

In new violence on Friday, a pro-Haftar tribal chief, Sheikh Ibrayek Alwati, and five other people including a child were killed in a car bombing outside a mosque in the eastern city of Slouq, medical and security sources said.