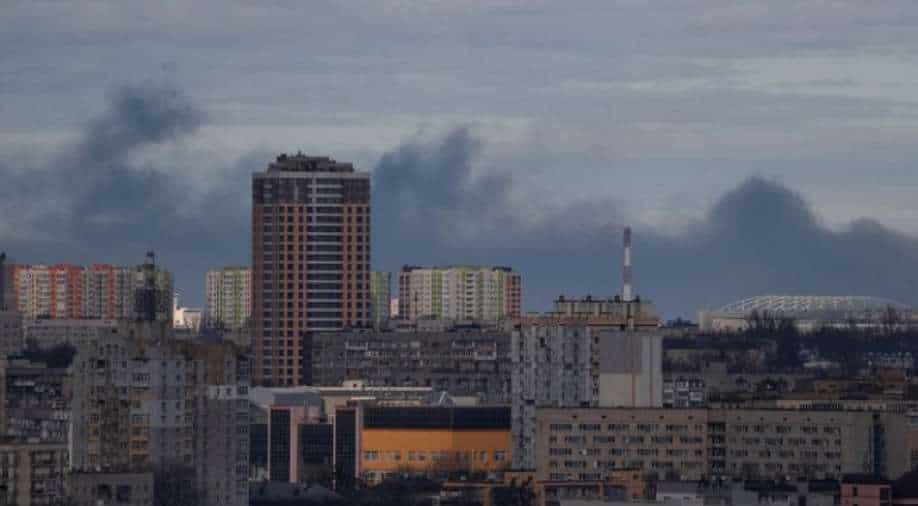 In an interview with The Associated Press on Sunday, after a gruelling night of Russian attacks on the outskirts of the city, Mayor Vitali Klitschko was silent for several seconds when asked if there were plans to evacuate civilians if Russian troops managed to take Kyiv

As Russian troops draw closer to the Ukrainian capital, Kyiv's mayor is filled with pride over his citizens' spirit yet anxious about how long they can hold out.

In an interview with The Associated Press on Sunday, after a gruelling night of Russian attacks on the outskirts of the city, Mayor Vitali Klitschko was silent for several seconds when asked if there were plans to evacuate civilians if Russian troops managed to take Kyiv.

The AP was not able to immediately verify the mayor's report that Kyiv was surrounded, and his spokesperson later tweeted that the mayor had misspoken.

Klitschko himself later backed away from his earlier assessment, saying on his Telegram channel that "In the evening, Russian Internet publications spread information with reference to me that Kyiv is allegedly surrounded and evacuation of people is impossible. ... Do not believe lies! Trust information only from official sources."

When Russian troops invaded Ukraine on Thursday, the capital city of 2.8 million people initially reacted with concern but also a measure of self-possession. However, nerves started fraying when grocery stores began closing and the city's famously deep subway system turned its stations into bomb shelters.

The mayor confirmed to the AP that nine civilians in Kyiv had been killed so far, including one child.

Also read | Might makes not right, unjust wars are doomed to be lost : EU foreign minister writes for WION

A Klitschko-ordered curfew began about sundown on Saturday and is to extend until at least 8 a.M. Monday. His order pointedly stated that any unauthorised person outside during this time could be considered a saboteur.

"We are hunting these people, and it will be much easier if nobody is on the street," Klitschko explained, saying that six Russian saboteurs were killed on Saturday night.

Russian troops' advance on the city has been slower than many military experts had expected but the overall Russian military advantage is well-known to all.

"I just talked to the president (Volodymyr Zelenskyy). Everybody is not feeling so well," Klitschko said, adding that city government employees were in shock but not depressed. "We show our character, our knowledge, our values." In the last few days, long queues of people both men and women were spotted waiting to pick up weapons throughout the Ukrainian capital after authorities decided to distribute arms freely to anybody ready to defend the city. There are concerns, however, about arming nervous civilians with little military experience amid warnings of Russian saboteurs disguised as Ukrainian police or journalists.

"To be honest, we don't have 100 per cent control," said Klitschko. "We built this territorial defence (system) in a short amount of time  but these are patriotic people." "Right now, the most important question is to defend our country," he added.

Responding to a question about the city's capacity to replenish dwindling stocks of food and medicine, Klitscho's view darkened, however.

"We are at the border of a humanitarian catastrophe," he said. "Right now, we have electricity, right now we have water and heating in our houses. But the infrastructure is destroyed to deliver the food and medication."

Then, in the same breath, he rallied like the world heavyweight boxing champion he once was.

"That's why the message for everyone is support Ukraine together ... We are strong," he said. "Every Ukrainian is proud to be independent, proud to be Ukrainian, and we are proud to have our own country."