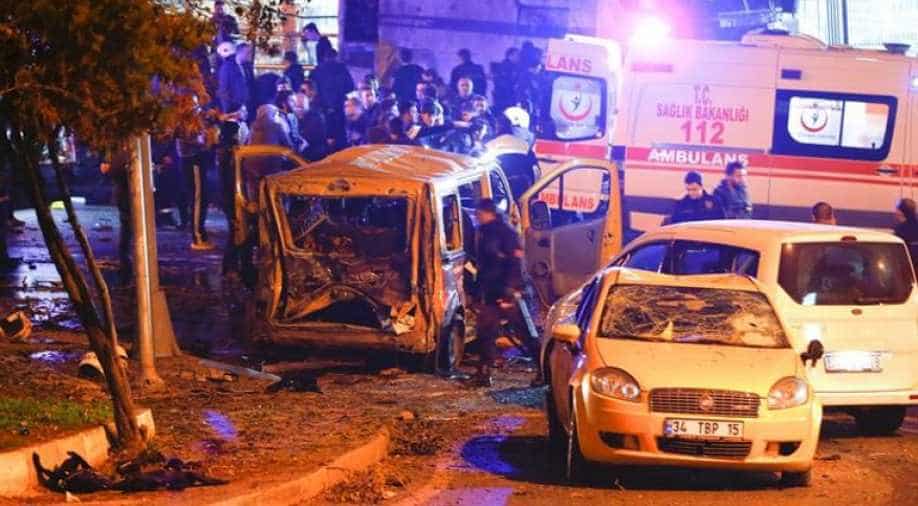 Twenty-seven of those killed were police and two were civilians, Turkish interior minister said. Photograph:( Reuters )

Turkey's Deputy Prime Minister Numan Kurtulmus said on Sunday that the outlawed Kurdistan Workers Party (PKK) may be behind the attack that killed 29 people and wounded 166 outside a soccer stadium in Istanbul.

Twenty-seven of those killed were police and two were civilians, he told reporters in Istanbul. Ten people have already been detained over the bombing, Soylu said.

An earlier death toll had put the number of dead at 15, the health ministry had said.

The first attack is believed to be caused by a car bomb detonated outside the football stadium on the shores of the Bosphorus while a suicide attacker struck a nearby park.

The car bomb outside the stadium at Besiktas targeted a police bus, Soylu had said initially. Besiktas is also the name of the neighbourhood around club's arena.

President Recep Tayyip Erdogan said the blasts shortly after the end of the match sought to cause the maximum loss of life.

"We have witnessed once more here in Istanbul the ugly face of terror which tramples down any form of value and morals," he said in a statement.

Erdogan was in Istanbul at the time of the blast at his residence in the suburb of Tarabya further down the Bosphorus, state media said.

Turkey is in a state of emergency following a failed military coup in July.