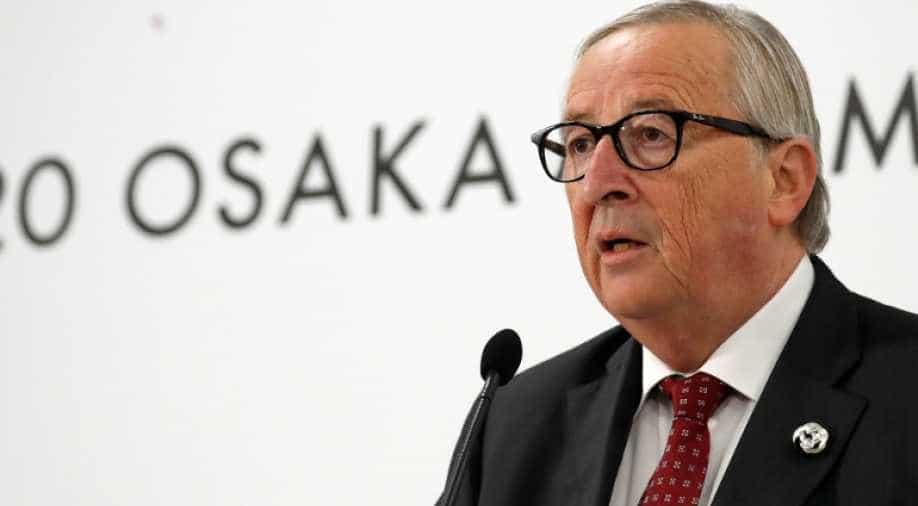 'If the objectives are met -- all of them -- we don't need the backstop,' Juncker told Britain's Sky News television.

"If the objectives are met -- all of them -- we don't need the backstop," Juncker told Britain's Sky News television.

The disputed proposal attempts to guarantee that no hard border emerges between EU member Ireland and the UK's province of Northern Ireland in any Brexit scenario.

But its effort to simultaneously ensure that the EU's single market remains protected would temporarily keep the UK in the bloc's customs union.

The fix has been repeatedly rejected by the UK parliament and Prime Minister Boris Johnson has vowed to come up with a new plan -- and not sign any deal in which the backstop remains.

His government is instead trying to draft "alternative arrangements" that could make sure that no hard border is required for handling trade once Britain leaves the bloc.

Juncker said he had a "rather positive" meeting with Johnson in Luxembourg on Monday and still thought a deal could be done before the October 31 Brexit deadline.

He added that Brussels received the first outlines of Britain's new plan on Wednesday night and that he had not had time to study them yet.

"But if the results are there, I don’t care about the instruments."