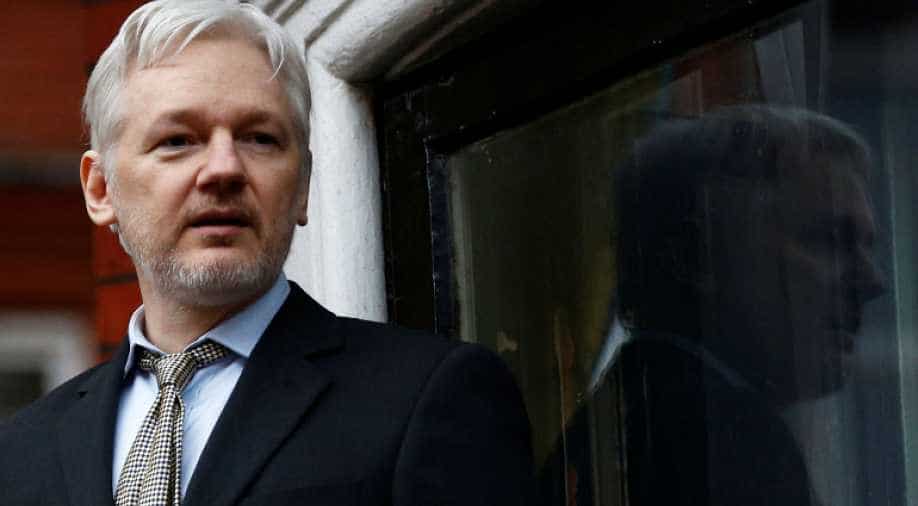 Maria Paula Romo did not identify the person but told Sonorama radio he was very close to Julian Assange.

A collaborator of WikiLeaks founder Julian Assange was arrested Thursday in Ecuador while trying to flee to Japan, the South American country's interior minister said.

Maria Paula Romo did not identify the person but told Sonorama radio he was very close to Assange, who was arrested Thursday in London on a US extradition request after spending seven years in the Ecuadoran embassy there.

Channel Teleamazonas identified him as Ola Bini, a software developer focused on privacy, security and cryptography, but did not name its source.

Earlier Thursday, the minister had linked the collaborator with alleged attempts to destabilize the government of President Lenin Moreno.

He "has been detained simply for investigation purposes," she said, adding he had taken foreign trips with former Ecuadoran foreign minister Ricardo Patino, who gave political asylum to Assange in 2012.

"We have sufficient evidence that he was collaborating in attempts to destabilize the government," she said.

British police moved in after Ecuador pulled its asylum for Assange and cancelled his citizenship, granted in 2012.

He had been living in the embassy, fearing arrest, but the Ecuadoran government says that Assange "repeatedly violated" the conditions of his protection.

The US Justice Department said Assange was being charged with a computer hacking conspiracy relating to his work with former US intelligence analyst Chelsea Manning in March 2010.